For those who like a different side of progmetal, North of South’s new EP “The Dogma and the Outsider” is a release I can surely recommend. A varied record that includes collaborations with names like Kobi Farhi (Orphaned Land), Anna Murphy (Cellar Darling , ex- Eluvetie) and Zuberoa Aznárez (Diabulus in Musica).

The 32 minute EP goes through different types of metal, with a connective thread consisting of creatively mixing genres like Prog, Extreme Metal, Jazz, Pop and Latin/Flamenco. Add to that the clever addition of odd time signatures here and there, plus a nice Spanish warmth to the general vibe of the music. The result is a vibrant EP that works pretty good as a presentation of what Chechu Nos is capable of creating as the mastermind behind the “North of South” moniker, for what I understand is basically a one-man music project.

It starts with a solid first track with ‘Ember Remains’ featuring Kobi Farhi on vocals. A very nice melodious track which goes a long way between clean vocals and Farhi’s growls. A powerful song ending in a very interesting flamenco/middle eastern inspired vocalization by Farhi, followed immediately by the next instrumental track by Spanish flamenco guitars where the claps and castanets give way to electric guitars. A short track that establishes clearly where the author comes from.

Next, we hear Anna Murphy and Nos himself on the vocals. The mix of Murphy’s sweet voice with very deep growls (not sure who recorded these) creates an interesting mix. The song musically didn’t tell me much more than just a classic melodic metal tune, though it has a nice enjoyable vibe.

‘Thicker than Progress Water’ starts with Latin Percussion and electric guitars, an interesting duo. The track then morphs into a charging heavy metal song with Nos solely on the vocal duties and a choir answering on the chorus. The Song sadly feels a bit over the place and out of place among the rest of the EP.

‘Against Oblivion’ brings me back to the proggy nature of the EP. Mixing English and Spanish lyrics and adding syncopated times here and there, it still remains prominently a heavy metal song with a very nice varied guitar solo. The piano at the end adds a nice touch of variety to the song and the EP itself. Definitely my favourite song of the album along with the opening track.

North of South – We Refused To Hear Them (It’s Our Song) (featuring Anna Murphy, Cellar Darling) (click here if you can’t play the video)

The last of the 6 original tracks composed by Chechu Nos brings the calm side of the EP in an instrumental. Piano, synths and clean guitars past half of the track give way to electric guitars, a somewhat jazzy counterpoint between guitar and piano. I wish this part lasted longer and not only at the end of the track.

The first of the 2 covers is ‘Hyperballad’, originally from Björk , a very different and metallic version of course, but nice to hear the more electronic vibe for a short moment. Again I wish it was longer though, to try to capture a bit more of the quirky spirit of the original song.

The EP closes with the cover of ‘Englishman in New York’ (Sting). Again, we get a metallic version of the song, featuring Zuberoa Aznárez ( Diabulus in Musica ) on the vocal duties, who renders an enjoyable version of this classic song. 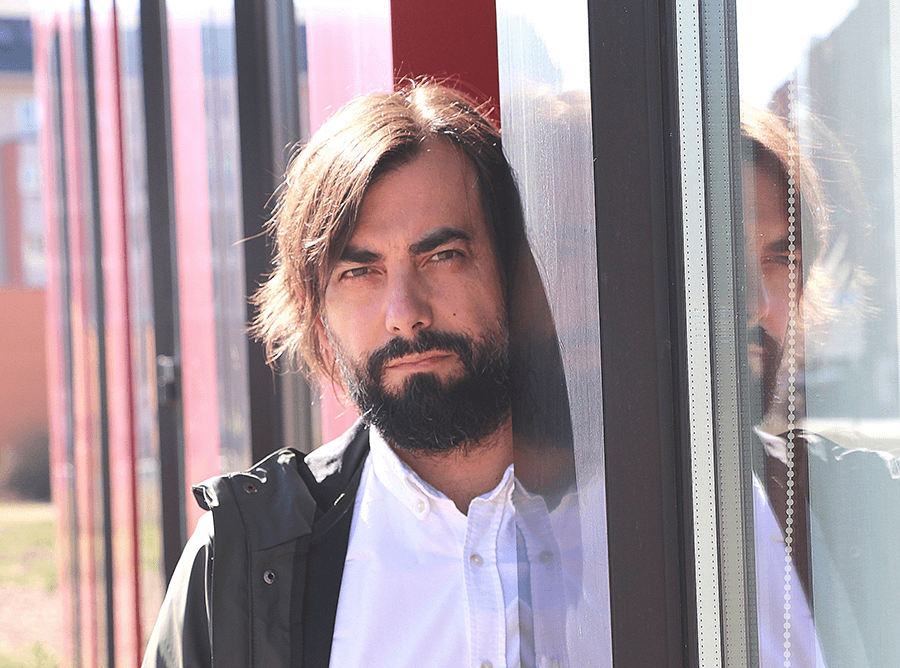 Overall, the EP is very interesting even though it at times it feels a bit all over the place, it certainly is much more about heavy metal than prog. I find several elements on the music from North of South, if developed in the right direction, could help the band get established as one to keep an eye on for the future. Sadly, the overall mix of the album lacks depth, maybe because it was recorded in a recording studio more known for extreme metal. This sound sometimes works fine with a more generic metal sound mix, but for the variety of sounds and styles Nos injects in his music, more depth and variety would work wonders.