On Sunday the 4th of November we attended the Progressive Alliance. This one day festival event was hosted at the Effenaar in Eindhoven, the Netherlands. The venue has two stages, one big main stage and a smaller one downstairs where some of the bands would perform.

The evening was quite intense as there were no pauses between the bands, so as soon as one band finished their performance, you had to jog up (or down) to see the start of the next. Personally I’d have wished for a little more time between the acts, to get a drink or use the toilet, but I guess they wanted to squeeze as many bands into the day as possible, which is understandable. Even if the bill included a number of great acts, the event was not sold out and we had expected  a bigger attendance.

Sadly we were a bit to late to see the opening act Astrosaur, but from friends who arrived early enough to attend it seemed they went down well with the audience, despite their early timeslot. When we entered the venue, Norwegian alternative noise-rockers of Årabrot was already on stage. Their mix of pop-like melodies and stoner like metal might not be what first springs to mind when you think of progressive rock or metal. Personally they did not do much for me, partly due to a thick and compact sound that at times drowned out the more melodic side of their music. The audience in general seemed to enjoy the band though, and that is really what matters.

Next up were Ne Obliviscaris on the main stage. The Australian band have really made a name for themselves over the span of releasing three albums, as well as forging a reputation as a impressive live act. And that is really what we were treated to at the Effenaar this evening. The band is professional on stage, and the sound was decent. Their blend of more progressive parts, and more catchy, sing-along moments worked perfectly, and solicited a great response from the attendees. Personally I prefer the band when bassist Martino Garattoni and guitarists Matt Klavins and Benjamin Baret get to shine with their technical abilities, as they did on several occations this evening. A track like ‘And Plague Flowers the Kaleidoscope’ from “Portal of I” has already become a classic for the band and it was heartily welcomed by the audience.  The sections where vocalist Tim Charles handles the violin is always a joy to behold.

Then it was back downstairs  to see the the American post-rockers Rosetta perform their set. I’ve listened to their music quite a bit before the show, but sadly it never really stuck in my mind. Luckily experiencing them live was quite different to listening to the album. The combination of their Isis/Neurosis inspired droning and groovy post rock, and the enthusiasm and connection with the audience made for a very enjoyable gig. Vocalist Michael Armine mentioned several times how much they appreciated being able to play, and it all seemed very humble and genuine. I’m definitely revisiting their albums after this experience. 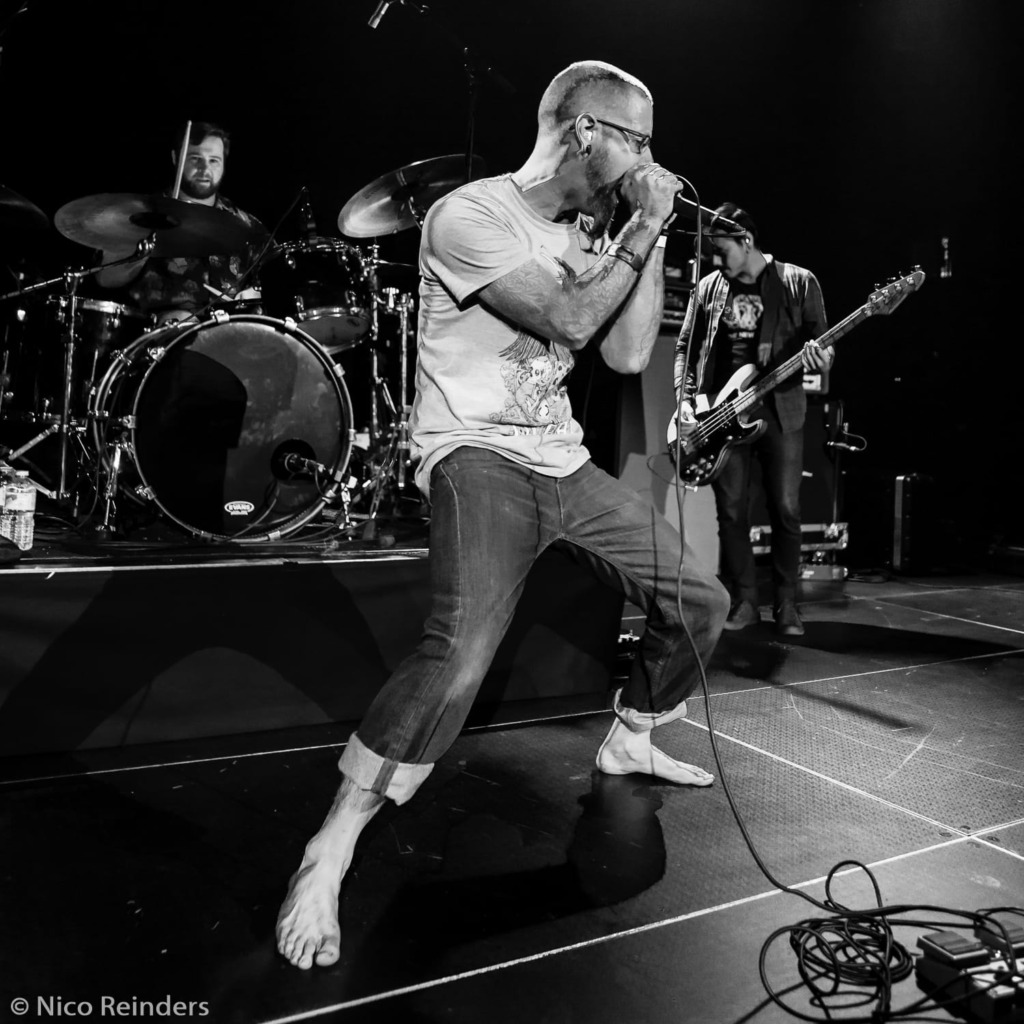 Well, there was no rest for the wicked, as upstairs Anneke van Giersbergen, and her Vuur, were taking stage. The band is powerful and professional. Almost to the point where it seems a bit rehearsed and more like a stage performance than a rock show. Luckily the personal charisma of Anneke, helps close the distance to the audience this might otherwise have created. The band powered trough a set consisting of their debut album “In This Moment We Are Free – Cities”. And it’s here their challenge becomes clear to me, their material isn’t that strong in my ears, something that was made even clearer by the audience reaction when they played covers like ‘Fallout’ by Devin Townsend and finally “Strange Machines” by The Gathering. All in all, it was still a enjoyable and professional performance, and it’s clear why Vuur has quickly become one of the more requested bands on festival bills.

German progressive post metal outfit The Ocean opened hard with a few tracks of their recent album “Phanerozoik I:Palaeozoik”, before grinding their way into a few of their classics, such as ‘Hadopelagic II: Let Them Believe’ from 2013 album “Pelagial”, and ‘Firmament’ from 2010s “Heliocentric”. The band has built a well deserved reputation as a strong live act, and they solidified that reputation to the audience at the Effenaar this evening. As the last band out on the smaller stage, they gave no quarters, and pounded the audience with riff after riff, featuring their unique brand of sludgy, progressive post-metal. We have been lucky enough to see them live on several occasions, and they never disappoint.

Finally it was time for the headliner of the night. Norwegian guitarist and vocalist Ishahn (Vegard Sverre Tveitan) is perhaps still most known for his involvement with legendary black metal band Emperor, but since 2006s “The Adversary”, he has also been making a name for himself by releasing a string of fantastic solo albums. And it was music from those albums the audience had lined up to hear this evening. Ihsahn has a kind of dominant, self assured stage presence that only comes from a guy that knows his shit, and knows it well. Backed by a set of incredibly talented musicians he blasted off with ‘Lend Me The Eyes Of Milleniae’ from this year’s release “Ámr“ and following up with ‘Arcana Imperii’ from the same album. Ihsahn seemed to enjoy himself on stage, and appreciated the great feedback from the audience. We were treated to favourites like the catchy eighties metal inspired rocker ‘Until I too Dissolve’ and the majestic ‘My Heart Is The North’.

Ishahn’s dense, dissonant and complex music might not be the easiest to wrap your head around, even for fans of progressive music in general, but like most great art, it’s extremely rewarding once the puzzle pieces fall into place. A awe inspiring performance, and a  perfect way to end the evening.

Hailing from Trondheim, Norway, Rune has been a fan of everything hard and heavy since he got his first real taste of music in the early 80's. Originally a fan of the more extreme genres of metal, like thrash, death and blackmetal, he always enjoyed the more technical, progressive and avant-garde side of music. When he's not working, collecting and listening to albums, or attending concerts, Rune enjoys one of his many other nerdy hobbies, including games, comics, and sci-fi and fantasy literature.