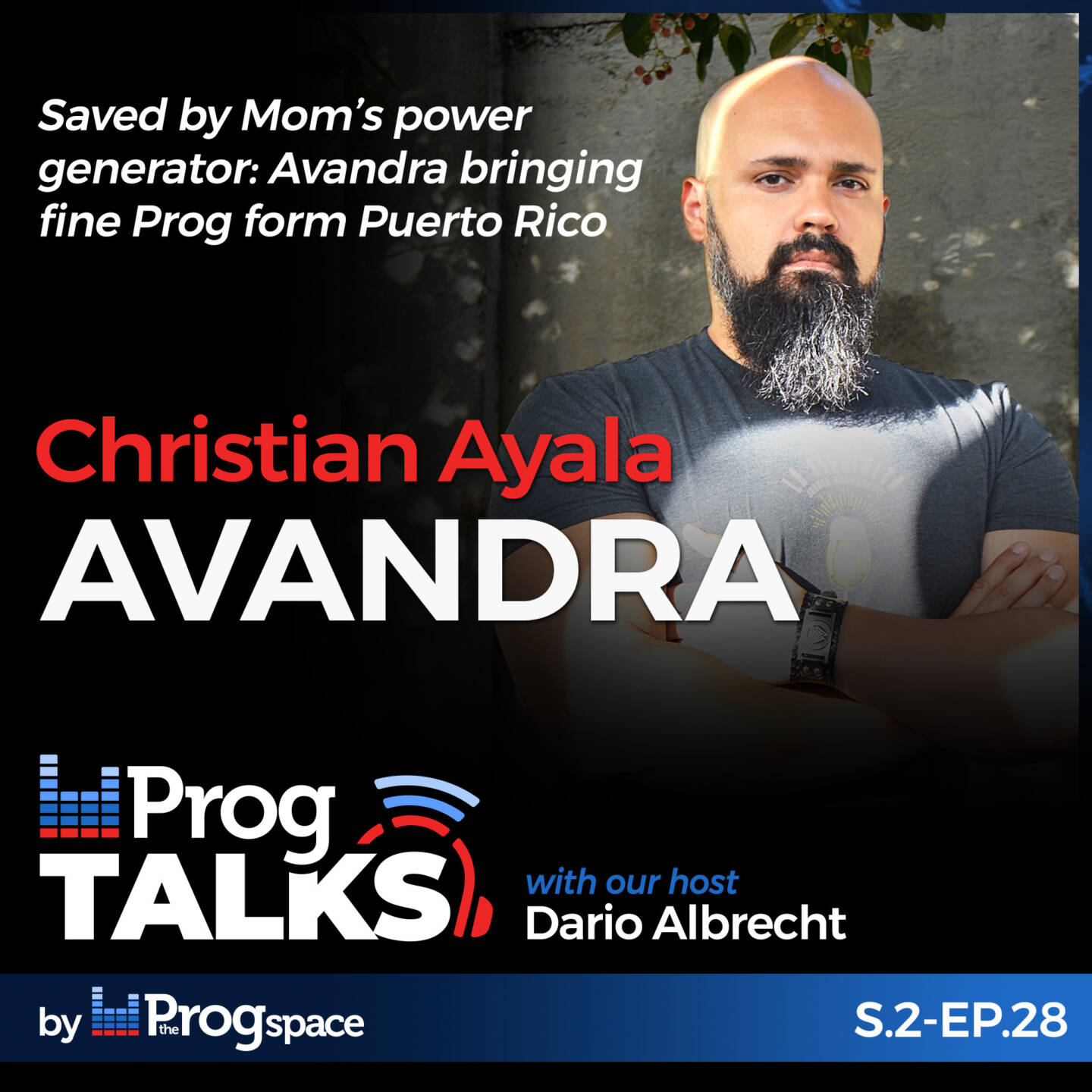 Listen to the episode now!

Avandra Mastermind Christian Ayala called from Puerto Rico shortly before boarding the plane to ProgPower Europe to talk about power blackouts after hurricanes, the magic of discovering bands live first before diving into their studio recordings, the new album “Prodigal” coming in November and more upcoming Avandra plans.

Or head over to the Podcast provider of your choice and listen to the episode!

​Thank you for listening to The Progtalks!

If you liked this interview, subscribe now to this podcast in all major Podcast apps and Podcast distributors and to The Progspace Channel on Youtube.

BUY US A COFFEE
We bring these interviews to you with our own resources and have no monetization at all. Do you like what we do and would like to support us? Help us by buying us a coffee on this link? Buy me a coffee - Thank you so much!