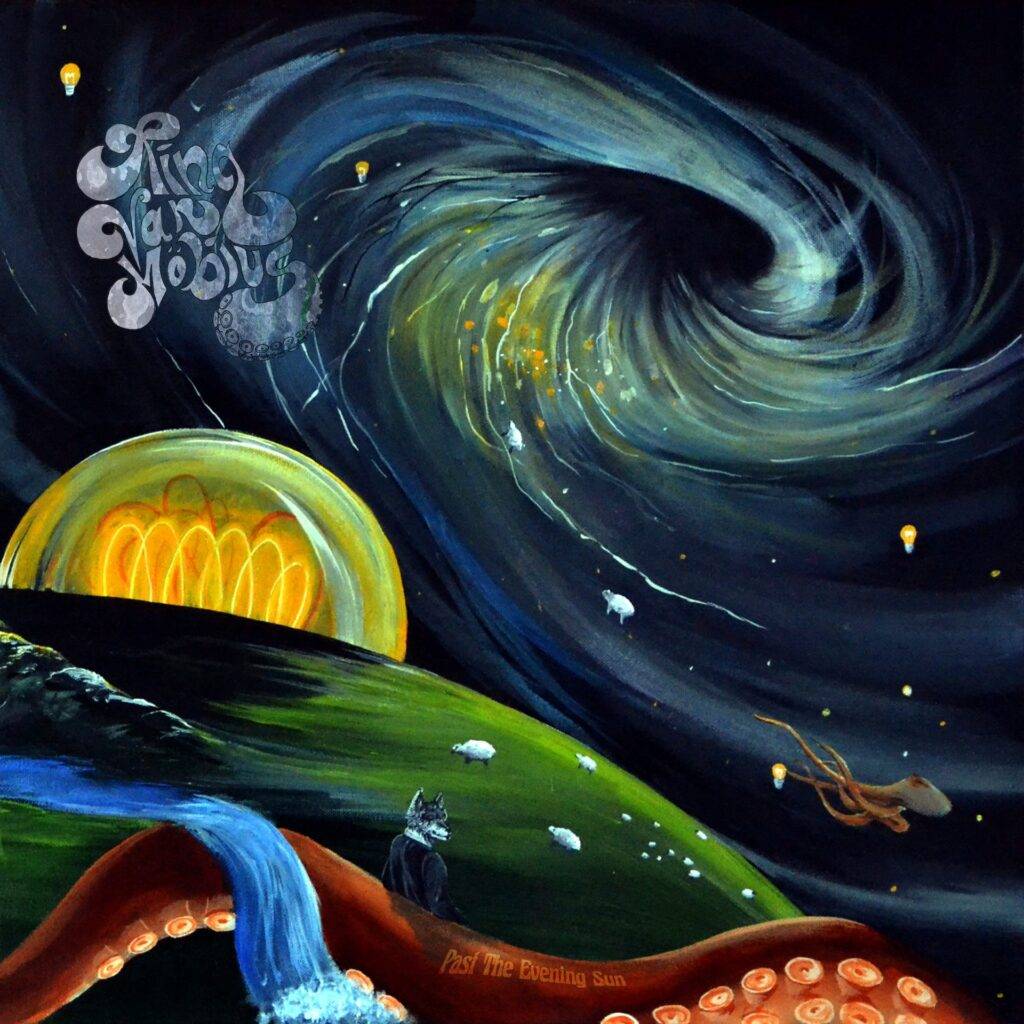 Now what the hell is this, Norwegian progressive rockers Ring Van Möbius seems to have sprung fully formed out of the womb of the seventies with their stunning debut “Past The Evening Sun”. Only having the 7” “ When The Sea And The Universe Were At One (Or; The Introduction Of The Octopus On Tellus)” in their discography so far, it’s nothing but impressive how mature, self-confident and professional this initial effort sounds.

Released by Apollon records, a label that has quickly become a synonym to quality when it comes to progressive releases from the far north, this album is of the type that keeps on growing with every listen you give it, and the curve shows no signs of flattening out after a dozen or more spins.

So what are we actually listening to here. The band, consists of three members, Thor Erik Helgesen manages the vocals, as well as keyboards of all types (Hammond, Fender Rhodes, Mellotron and other staples of the seventies sound are richly featured on the album). Bass is expertly handled by Håvard Rasmussen, and behind the kit we find drummer and percussionist Dag Olav Husås. This leaves the band with a line up that most fans of old progressive rock would be quick to compare with ELP. That comparison is at times quite apt, as would be comparisons to other bands of the era such as Genesis, King Crimson, and above all else Peter Hammils formidable Van Der Graaf Generator. Let me just state before I go any further; the musicians of Ring Van Möbius does not bring any shame to their inspirations. Also featured heavily on “Past The Evening Sun” is eerie saxophone-work by Karl Christian Grønnhaug, which adds yet another dimension to the music, and helps cement that melancholic, haunting feeling that permeates much of the album. 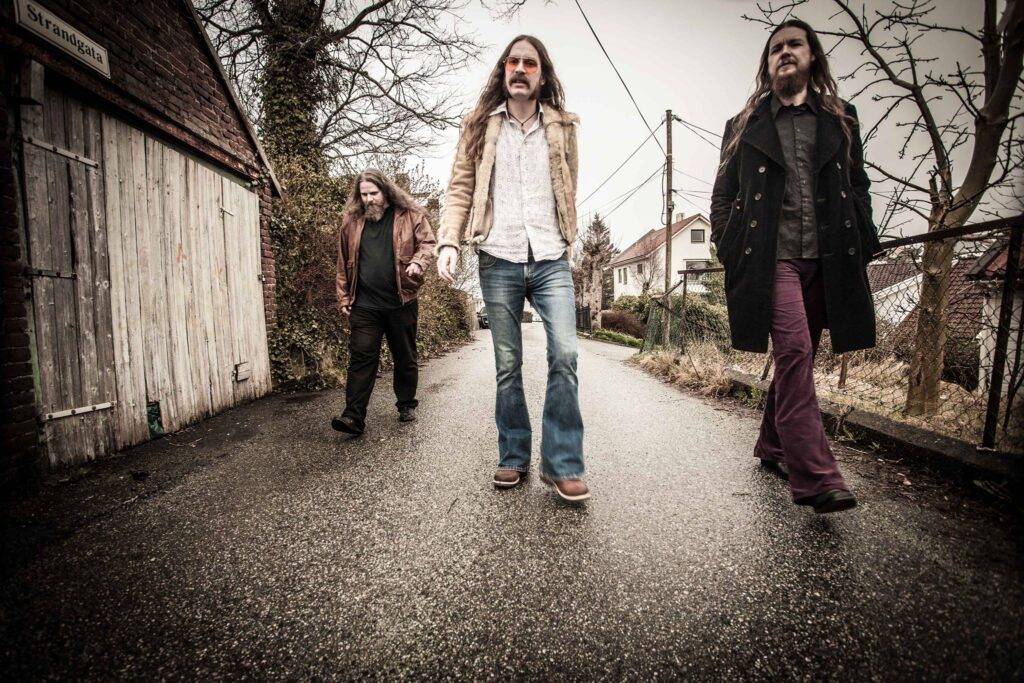 The album opens with the title track, a grand epic that spans close to 22 minutes, and shows us exactly what this young band can offer the listener. From the outset we are assailed by warm waves of keyboards, an array of expressive basslines and funky drumming, flowing effortlessly into a sacral part with layered vocal lines that easily brings to mind bands like Focus, or the aforementioned Van Den Graaf Generator. For the first part of the song, the band keeps alternating between delicate themes and powerful, energetic parts, complete with almost shouted threatening vocals, creating a very interesting, dynamic sound. The saxophone snakes its way through the complex compositions, keeping the listener on guard, and adding a sinister quality to sections of the music. Around the ten minute mark, the track breaks down, introducing a new and soothing melody, heralded by tasteful keyboards parts that slowly builds to towards the introduction of yet another beautiful low-key part. This may very well be my favorite moment of the entire album, it’s just very elegantly written and performed. Around the fifteen minute mark, the band introduces yet another chapter, this time led by a ominous Mellotron melody, that easily makes me think of luminaries such as King Crimson, or more recent Scandinavian bands Anekdoten and Änglagård. The band lets the music unfold almost organically, including an almost ambient segment, building towards a heavily rhythmic and dramatic finale, again featuring the saxophone in a key role.

Following this powerhouse opener is the shorter and more focused ‘End Of Greatness’. Providing the listener with a much needed breather after the challenges of the opener. The track features a simpler, but very memorable melody and some impressive drumming from Husås, that helps underline the monumental narrative of the track. The band shows clearly how they are able to create variations over a relatively straigthforward theme and still keep the listener enticed.

Finishing off the album is the twelve minute long ‘Chasing The Horizon’, which in its entirety might be my favorite piece on “Past The Evening Sun”. Once again the formula is a balmy pleasant tune, that gradually is swallowed up by intensity. Around the four minute mark the song changes gear and starts building a delirious, almost maniacal feel, once again perpetrated by the interaction between forceful vocals, roaring keys and a ghostly saxophone, and with a gradually more frenetic rhythm section working their asses off in the back. Just impressive.

The production on “Past The Evening Sun” is ideal for this seventies-inspired music. It’s full and forceful, yet warm and controlled, giving ample room to the individual instruments, and the voice of Helgesen.

Ring Von Möbius has delivered one of the more exciting debut albums I’ve had the pleasure of listening too in a long time. It’s rare to hear a band that is this rooted in the classical era of progressive rock, be able to create music that is clearly inspired by the grandfathers of the genre, while not becoming derivative or plagiaristic. Ring Van Möbius dances around this with ease, delivering an album that is clearly inspired, but not imitative. A must have for anyone into classic progrock! 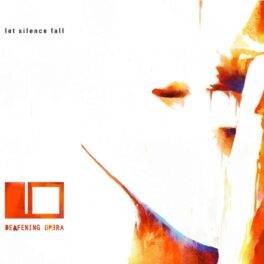 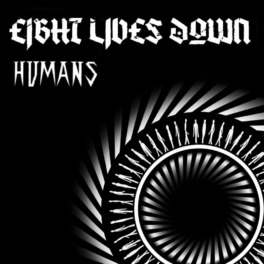 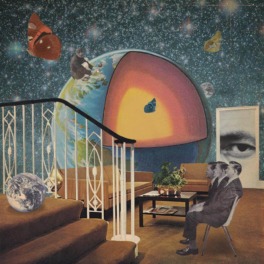 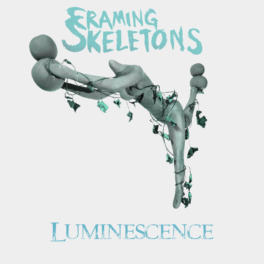