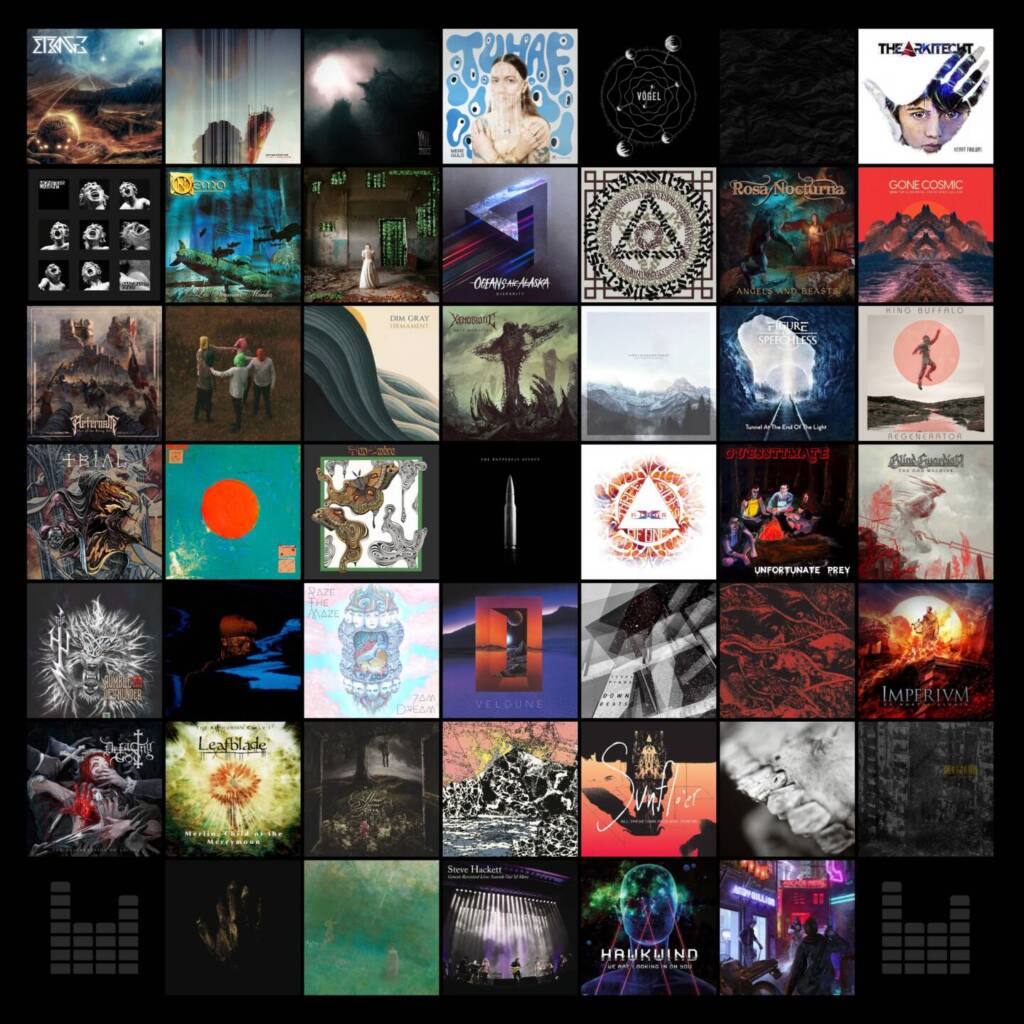 And again the release count of this week is almost closing in on the big 50, with 6 diverse highlights from France, Denmark (x2), Norway & Iceland and even Liechtenstein! Plus it’s Bandcamp Friday today, so be sure to check out all those Bandcamp links in our list below! 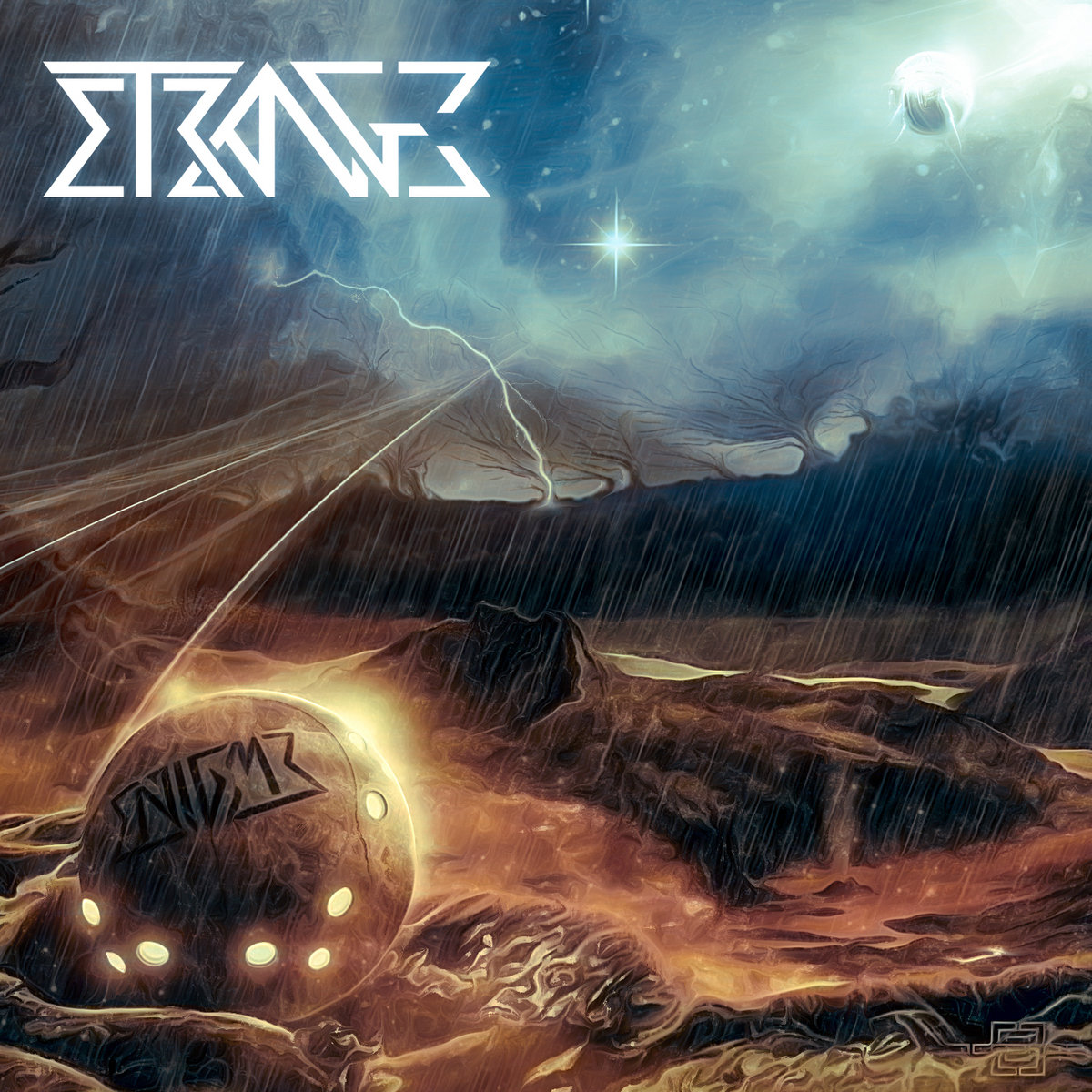 Fasten your seatbelts, dear readers and listeners. We’re about to go on a journey through space! Because “Étrange receives a non identified signal from outer space and launches to try and find its origin. Its search will take it to the ends of the universe where a similar space probe named “Enigme” is waiting for it. Is “Enigme” a twin space probe or the product of a space time fracture?” Maybe the answer lies within Étrange’s second album “Enigme” that dropped yesterday. You’ll have to find out for yourself though and maybe different people might come to different conclusions as Étrange’s music is purely instrumental, for each listener to unfold their very own cinema in their minds. Musically, the french duo is making the wish of every progressive metal fan come true who is longing for an instrumental version of Dream Theater. And then some. This is cinematic science-fiction prog metal of the highest order and a must listen for anyone who claims to be a fan of the genre. LTE goes onto the big screen and into space at the same time? Fine with me, let’s go!

Feather Mountain - To Exit A Maelstrom 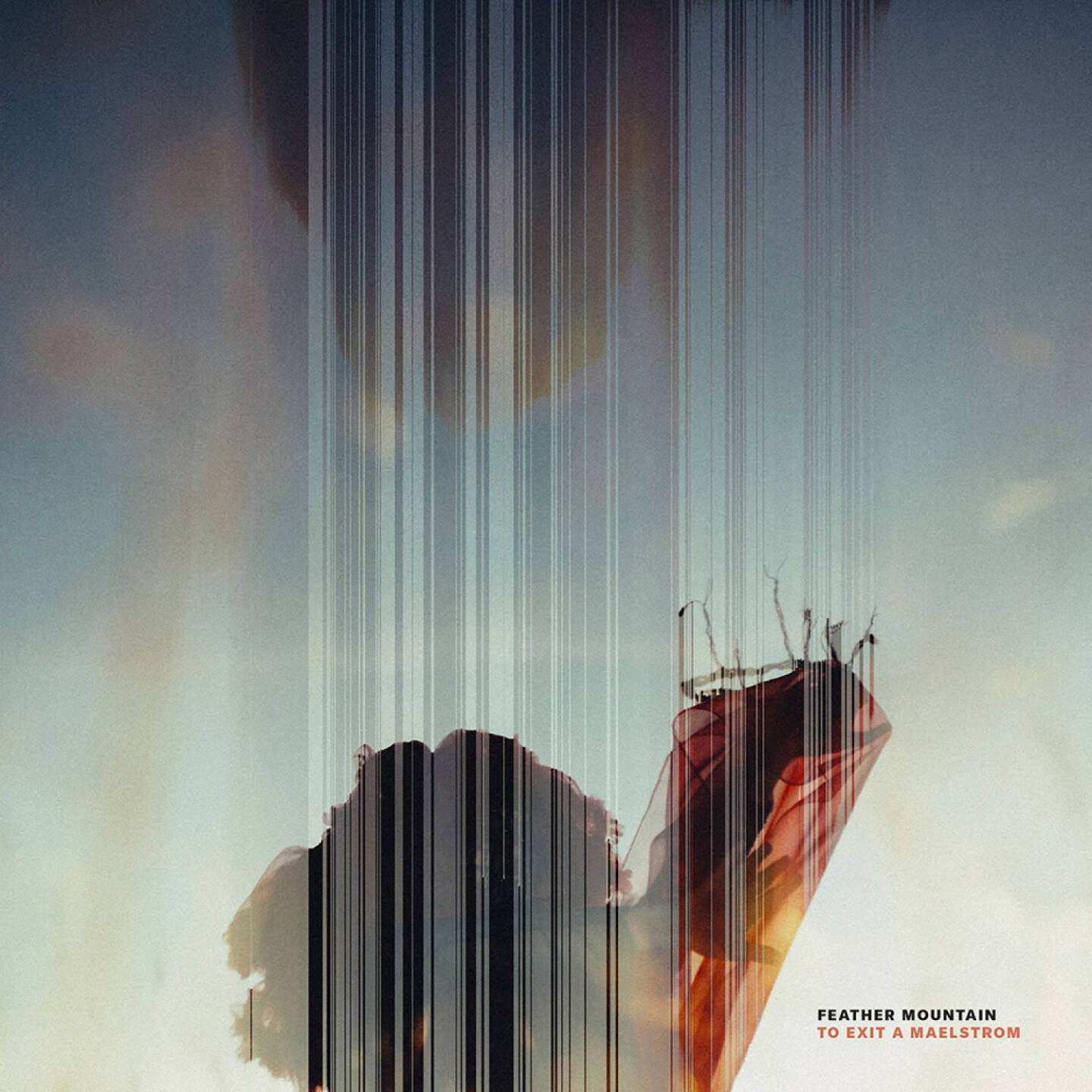 Denmark #1: The Progspace Online Festival Alumni Feather Mountain are back with their sophomore effort, “To Exit A Maelstrom”. A deeply personal album about the loss of a loved one to a disease which slowly dissolves a human being. And how to slowly recover from this loss, how to deal with it, how to move on. How to exit a maelstrom. Feather Mountain, true to their bandname, combine the delicate with the brutal, pensive and introspect moments are alternating with rage and frustration. A heavy topic, a sincere and honest album that, in my book, kind of completes the recent unofficial “Alzheimers Trilogy”, together with The Reticent’s “The Oubliette” (2020) and Aquae Furtivae’s debut “Road to Square One” which was released earlier this year. All three very different records musically, all three an honest account of what it means to deal with a terrible disease like Alzheimers. But apart from that, don’t worry, you can also just sit back, relax and listen to 45 minutes of excellent moody modern prog metal. 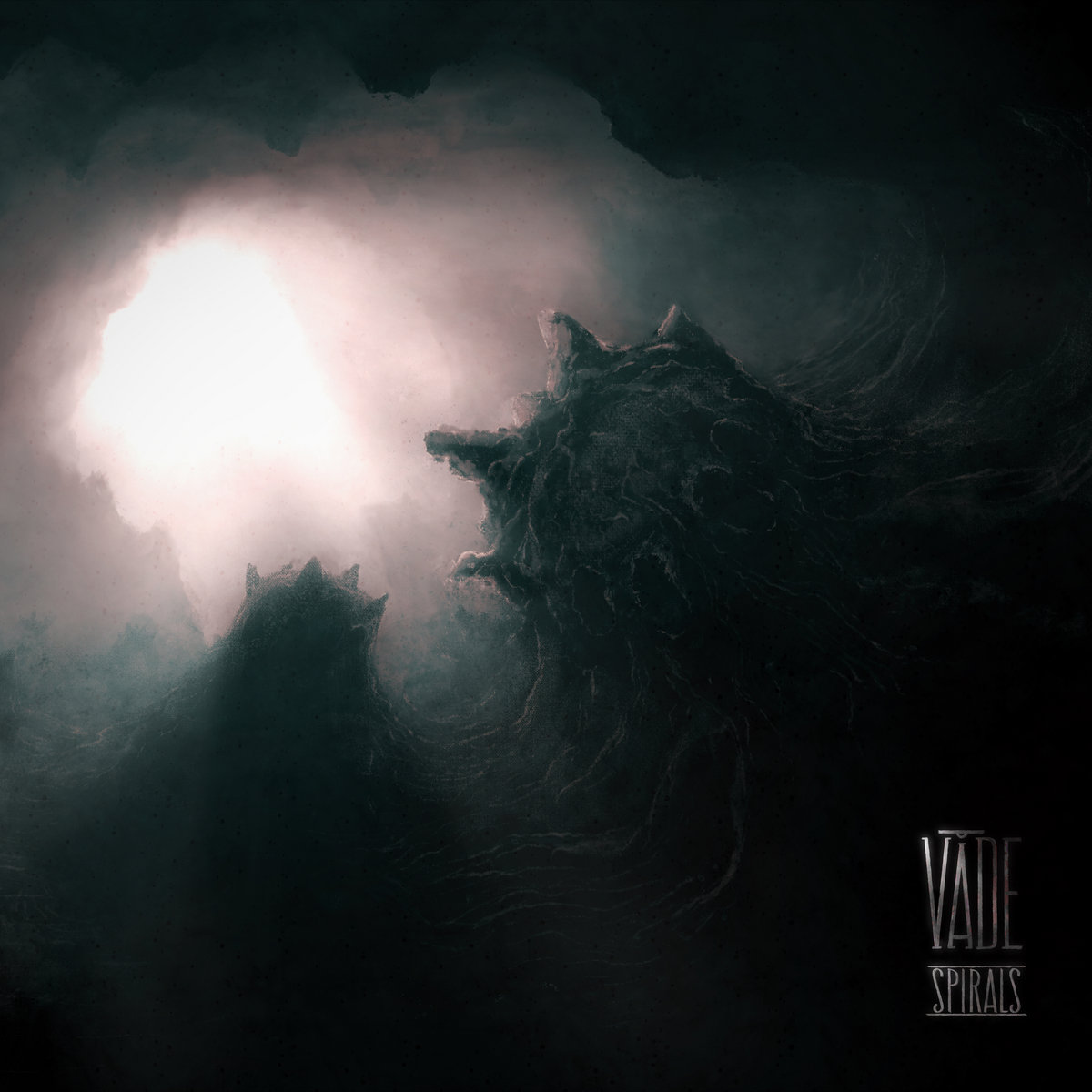 A quick but absolutely mandatory side-step (or step to the north?) to Norway between those two excellent danish releases: “Spirals”, the debut EP from a new promising Norwegian act that goes by the name Våde is finally out today! There’s two familiar names worth mentioning behind this beast, Kjetil Alver Lund (Arkentype) on vocals and guitars and Andreas Skorpe Sjøen (Umpfel) on drums. Unlike their main bands, Våde is pure extreme prog metal, with an unrelenting, menacing atmosphere, paired with all around sick performances on every instrument respectively and some mad rhythmic chops to rival Meshuggah, Cynic and all those extreme prog greats. Judging from the personnel behind Våde, I never would have guessed the level of brutal and evil going on here, but I’m all for it! Those guys could rule Euroblast or UK Techfest just as well as Inferno Festival in their hometown of Oslo. Norway didn’t forget how to extreme metal, thank god. Or satan. Or whomever. Go listen to “Spirals” from Våde if you like the brooooootal factor in your prog maxxed up, without losing the Prog with a capital P! Absolutely sick stuff. Oh and did I mention that this EP is siiiiiick? 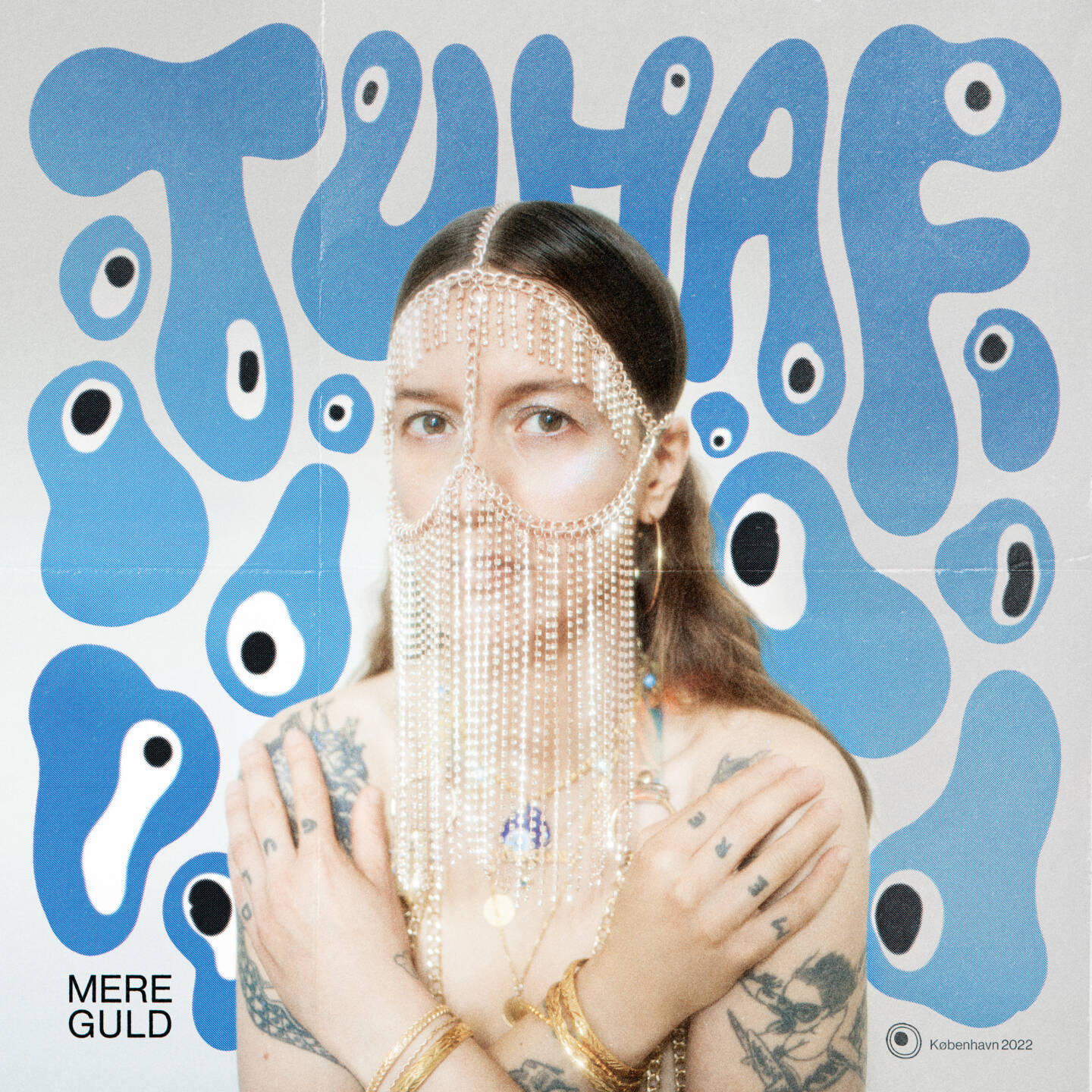 Denmark #2 (aka and now for something completely different): Absolutely mesmerizing anadolu rock/psych pop out of Copenhagen comes from Tuhaf this week. And I must admit that I’m a bit at loss for words as to how to describe this weird mix of styles. All I can say that I feel thoroughly enchanted, more and more which each song into their debut full length album “Mere Guld”, which means “More Gold” in Danish. Well, I frankly don’t know how much more gold they want to find as the four Danish instrumentalists and turkish born singer Berrin Baş have hit pure gold already with this! Turkish psych rock with danish lyrics? Hell yes bring it on!

Continuing the re-releases of originally self-released debut albums through Wormholedeath Records is icelandic prog metal band Vögel (german for ‘Birds’) with “Ómstríð” (Icelandic fo ‘A War’ according to Google translate). So, we just had turkish psych rock with danish lyrics right above? Now this is progressive death metal with Icelandic lyrics. Ok I admit that progressive death metal is not that much of a novel curiosity as Turkish psych rock for me (and a lot of other prog metal fans I guess), the Icelandic language is still one of the most mysterious sounding tongues out there, and one that fits excellently into a metal context at that. But Vögel’s true forte is of course the music, not only their exotic language, so prog death fans: listen up and put Vögel on your radar!

Lovers of gloomy, melancholic rock and metal are having a hard time these days. After a blooming peak period roughly between 1996 and 2011, top releases in this genre are few and far between, with many artists having quit and others pursuing different styles. Luckily, there are still bands carrying the sadboy torch, one of them being Black Reuss, a solo project from Liechtenstein.
Black Reuss self-released its solo debut “Metamorphosis” in 2021 and a second album called “Journey” only three months ago. Picked up by Sliptrick Records, the debut album is now being re-released, hopefully with better promotion to reach a wider audience. “Metamorphosis” is a collection of down-tuned gothic metal songs, with heavy guitars, subtle orchestration and deep, dark vocals in a timbre not unlike Antimatter and Deathwhite. References can also be made to artists like Paradise Lost, Anathema and Katatonia.
It warms my heart to see that there are still new artists pursuing this kind of music and manage to deliver quality. While “Metamorphosis” could do with a little more variation, Black Reuss deserves to be heard. Best to be consumed on a gloomy autumn day, while enjoying a good glass of red wine.