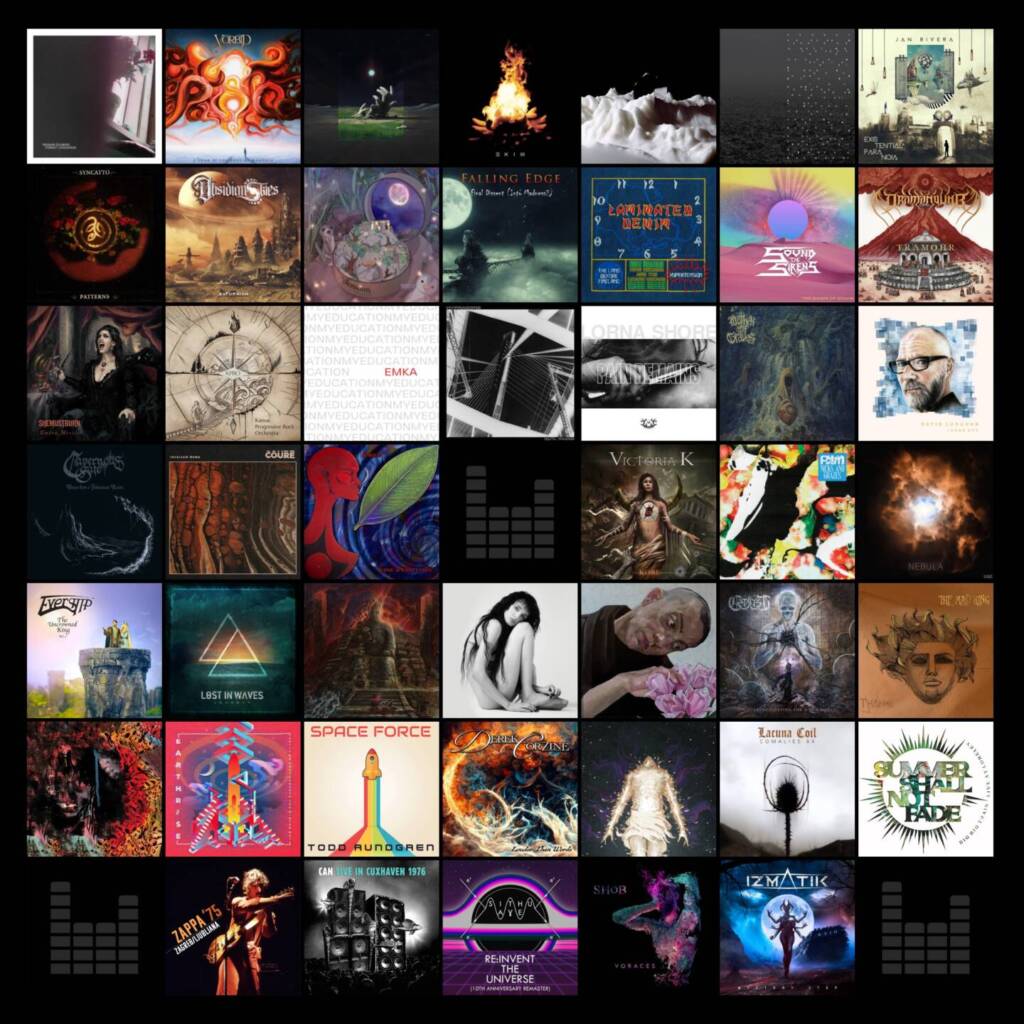 And so it happened. On Friday, I wrote the mini review for Ragnar Zolberg‘s new album “Forest Lovesongs”, and the Saturday I had reserved to tackle the other 7 releases that I had marked down as highlights. Looking down the list of other releases as I’m finishing up these 8 mini reviews, I see that the .MAR debut is out and since I really liked the single that I had featured in the What’s Hot?! playlist, I go to check out the album – and can’t help it but include it in the Highlights. So we’re at 9 now. A new record already. Sunday, I prepare the article here in WordPress for the website and curate the playlist while doing so. And boom, Hypnagone are screaming at me: make that 10! So there you have it, 10 Highlights! And 36 more releases to check out as well. Dive in! 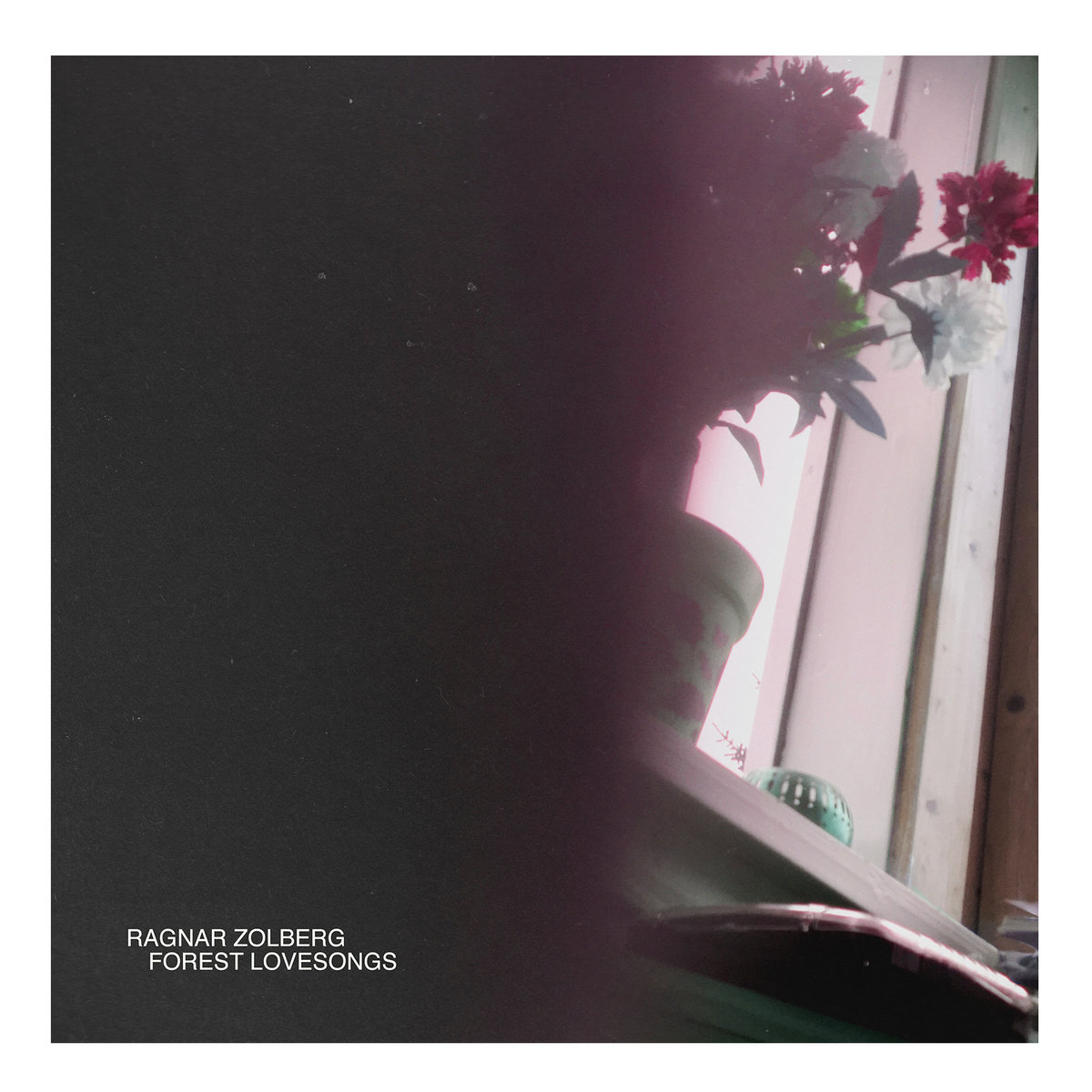 Icelandic musician Ragnar Zolberg had proven his talents as songwriter, vocalist and guitarist long before his stint with Pain of Salvation, albeit to a small audience due to a lack of marketing power. During his time with the Swedish prog metal legends, many fans were introduced to his unique style thanks to his substantial contributions to “In The Passing Light of Day” and his fantastic live energy on the subsequent tours. After the split, Ragnar continued to write, record, produce and release music independently under his own name, keeping the quality of his music as high as ever. Slow-burning, raw and anthemic, Ragnar presents eight more songs in his inimitable style on his newest release, “Forest Lovesongs”, out since Oct. 12. Highly recommended for fans of Icelandic melancholy and handmade, independent music, Ragnar’s music deserves to be heard by a way bigger audience for sure, so I’m hoping the quietly released “Forest Lovesongs” will find its way into some playlists and will be picked up by some algorithm to reach more people. Or maybe you can just tell a friend once you’ve listened to it what a great album that is. Word-of-mouth recommendations are still the best marketing tools for independent musicians. 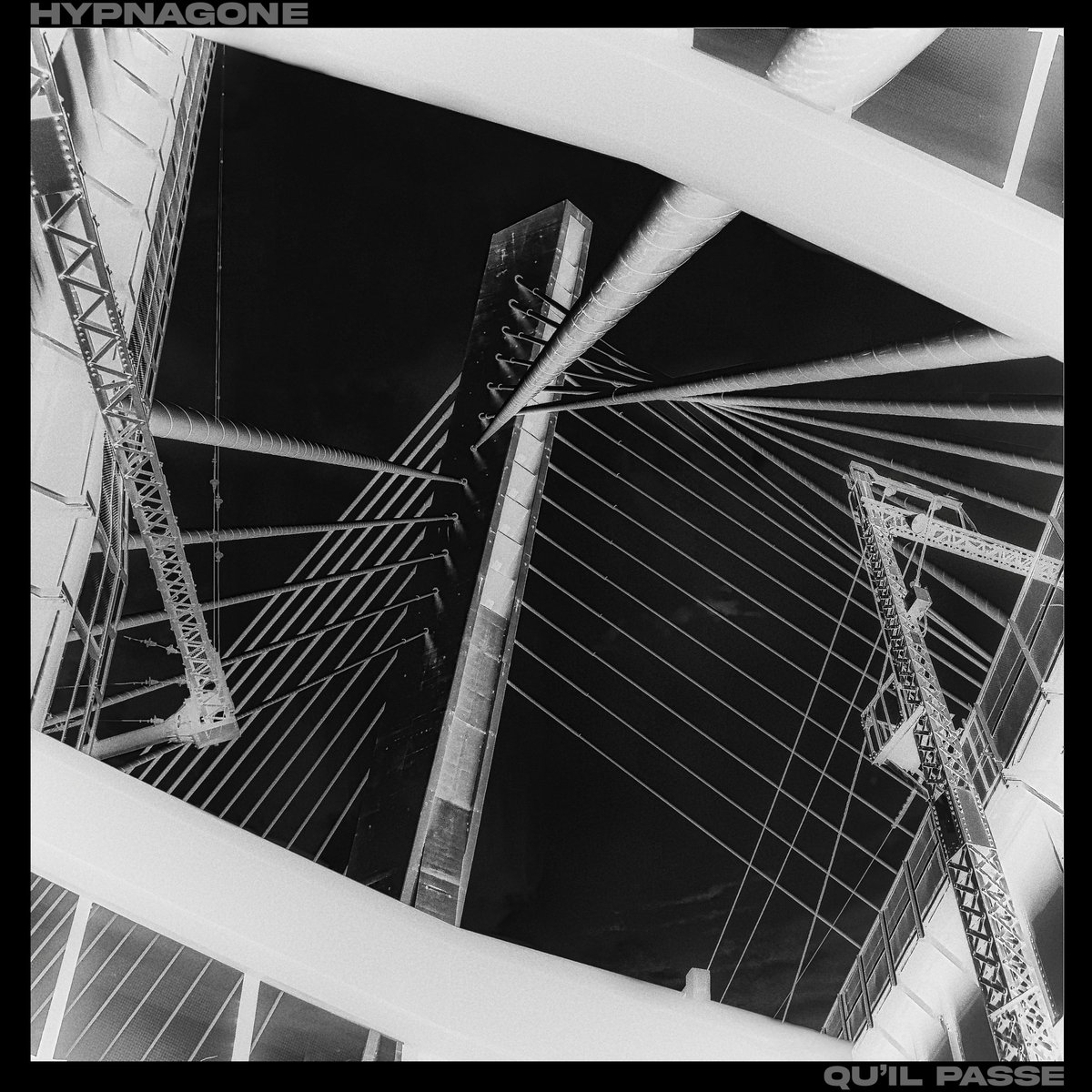 Shine on you jazzy BTBAM? Released through the Klonosphere label, Hypnagone from Eastern France completely caught me off guard with their debut album “Qu’il Passe”. They’re bringing their everything from the soothing synth intro ‘Arrival’, beautiful bass harmonies in ‘Moss’, sick fusion unison runs in an extreme metal environment in ‘Spannungsbogen’, the wonderful bass solo that is ‘Elegy’, the anguished screams in ‘White Fields’ all the way to aggressive Stranger Things Schizo Metal turning into jazz madness like in ‘Dross’. So much to discover, so much to uncover. I have a strong feeling that “Qu’il Passe” is an album that shocks and awes at first listen, but still keeps many surprises for a lot more spins. Holy smokes, what a ride! After Tranzat earlier this year the second big discovery through Klonosphere in 2022. Merci beaucoup!

Vorbid - A Swan by the Edge of Mandala 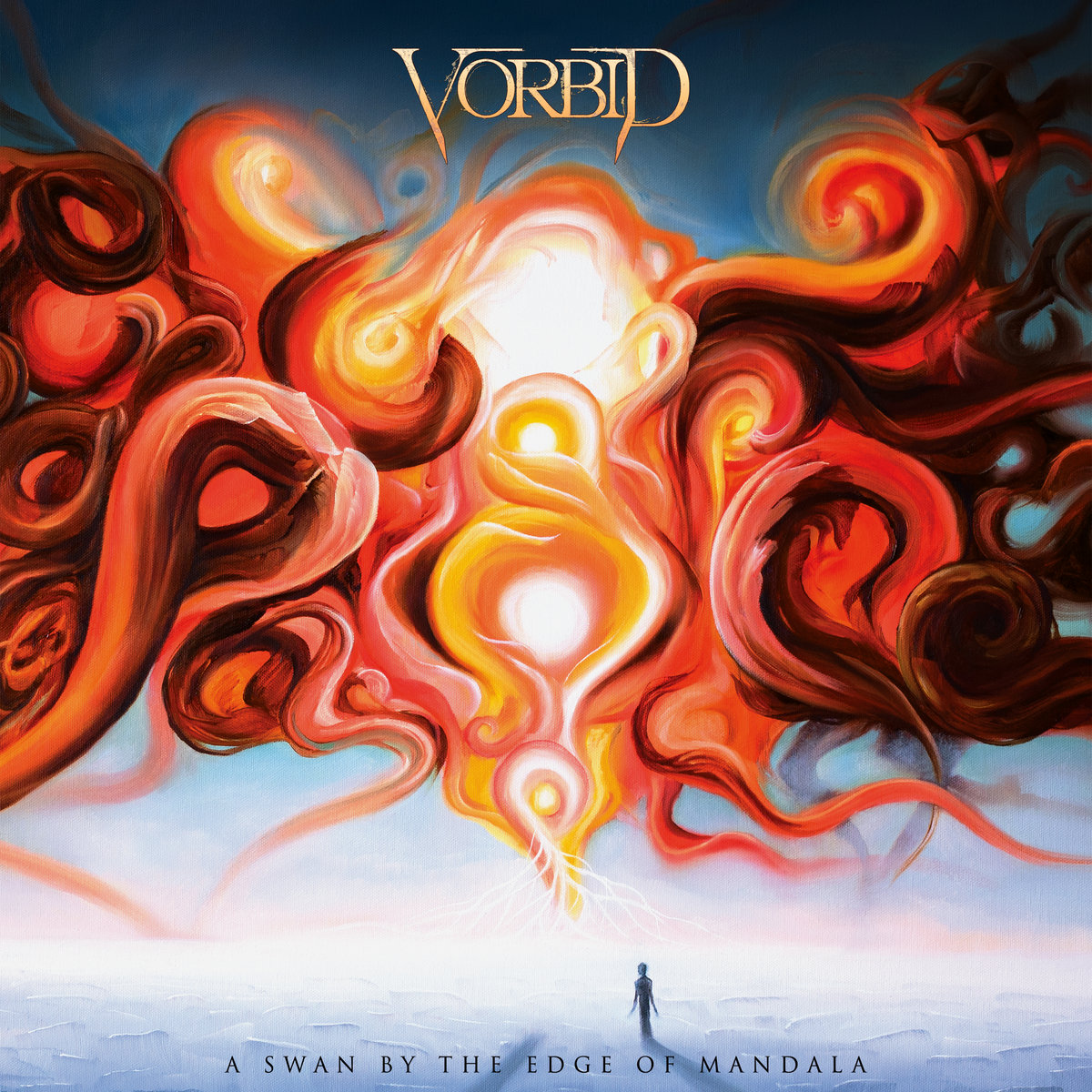 Out of Norway comes an energetic slab of thrashy prog metal with “A Swan by the Edge of Mandala”, the second album from a young and talented quartet that goes by the name of Vorbid. Produced by longtime Green Carnation producer Endre Kirkesola, Vorbid seem to draw some inspiration sound-wise from mid-era/end of 90s Opeth (“Still Life”) minus the death metal, early 90s prog metal like Psychotic Waltz and the earliest, rawest of Dream Theater times, but they’re presenting it with a fresh twist that allows them to merge a lot of different parts to one distinct Vorbid sound that had me excited from start to finish. A breath of fresh air between all the slick modern djent productions, yet never sounding old or dated. Definitely a band to follow, I’m curious what the future holds for them. 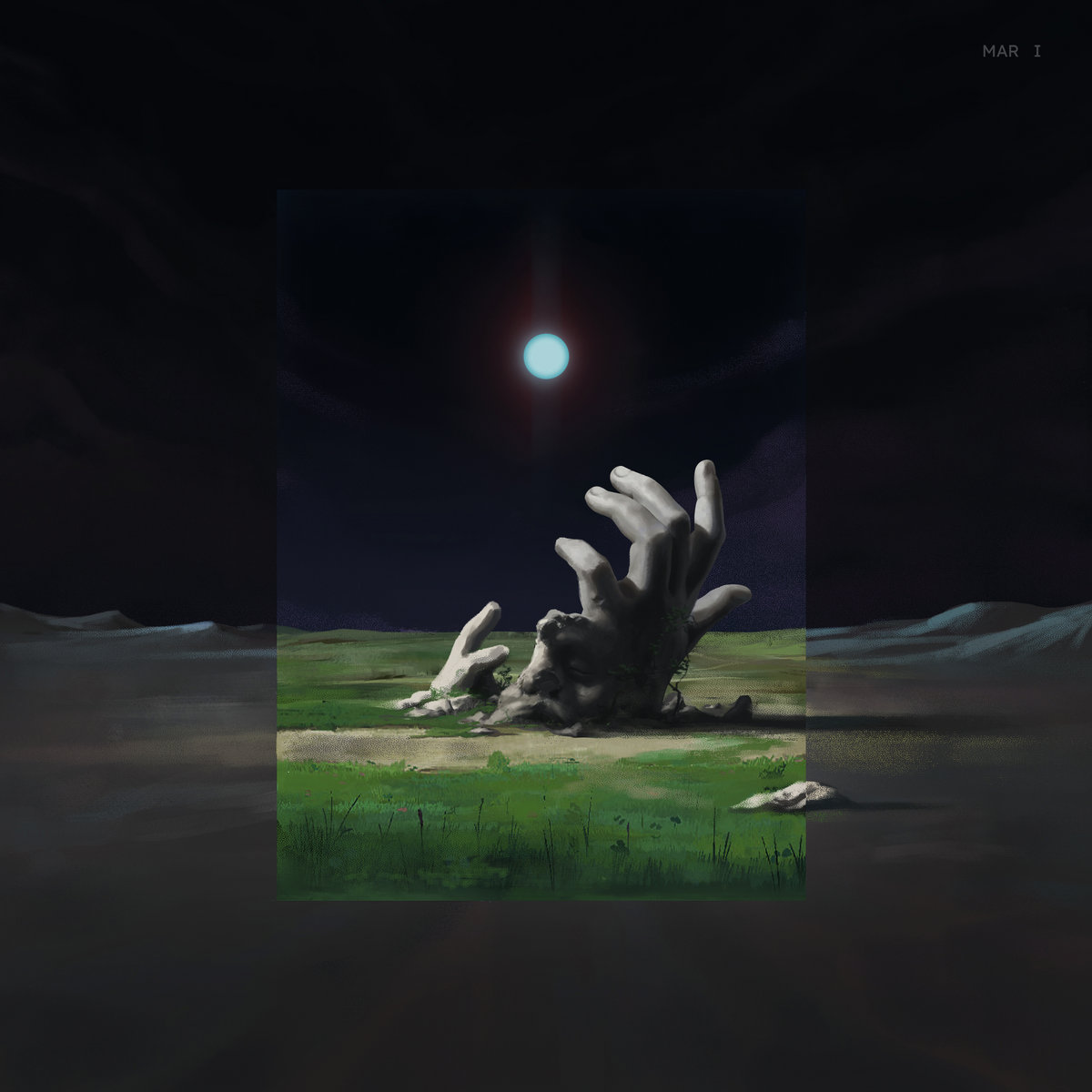 Instrumental prog metal that is neither fully post- nor fiddly-diddly-fusion stuff is very rare. .MAR from Buenos Aires, Argentina have subscribed themselves to that particular branch of sonic explorations on their debut album “Mar I” and they do so with an incredible instinct for engaging yet subtle melodic content in the absence of a vocal focal point. The riffing is precise, so is the delicate and tasty lead work and the tight rhythm section. (Semi-)acoustic, atmospheric passages make for a great contrast and diversity on this remarkable debut that is able to span a sonic ark from Pink Floyd to blast beats and djent to the occasional post-y tremolo without ever sounding disjointed. Wonderful. 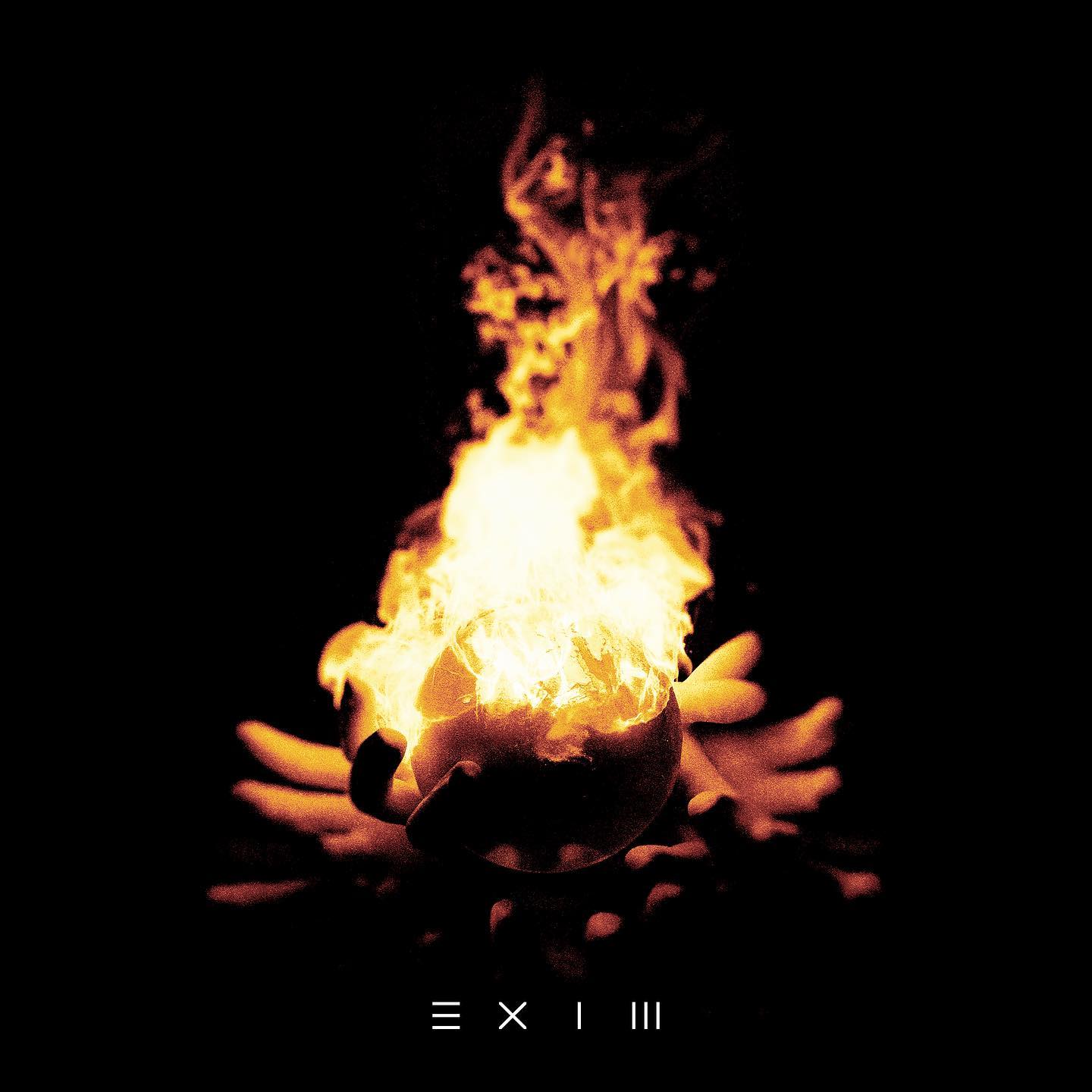 UK modern prog metal boyband Exist Immortal stormed onto the scene (or at least into my radar) with their excellent third album “Breathe” in 2016. A couple of years later, they returned with a triptych of EPs in 2020/2021 (“Act Two: Gold” & “Act Three: Water” snatching nominations for Best EP of the Year at the Progspace Awards 2021), that showed their succinct songwriting prowess both more mature and mostly dabbling in more melodic territories, leaving lots of their extreme metal past behind. Their new self-titled album continues that path, and the five-piece demonstrates ably that they haven’t lost their knack for bouncy riffs and anthemic choruses. On the contrary, having refined their craft even further, the Progspace Online Festival Alumni are destined to blow up any minute now. And with live music back (for good hopefully), there will be no stopping them. 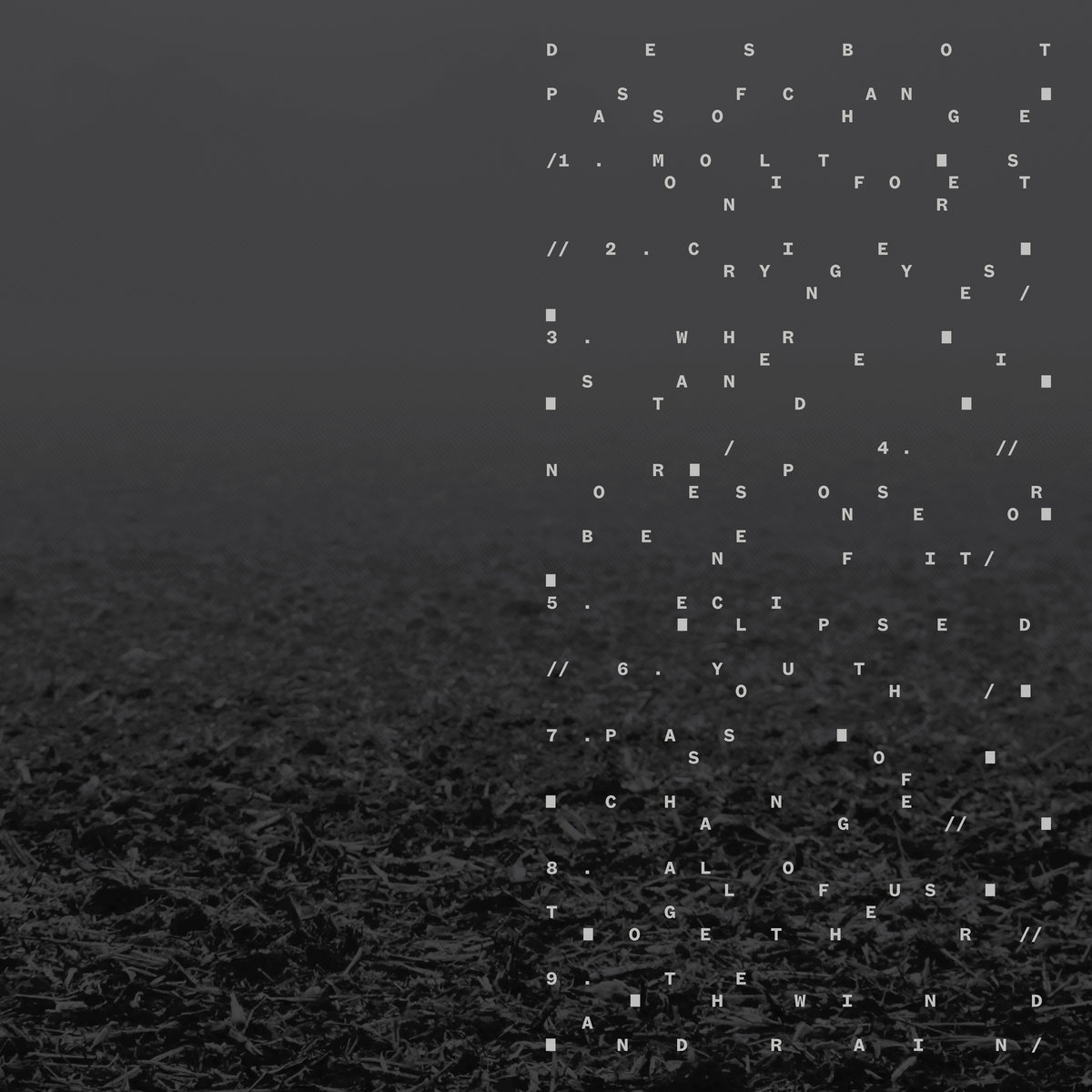 Post, the first: New Zealand. Desbot is a bass/synths/drum trio and the particular brand of post rock that they’re presenting on their debut album “Pass of Change” is dripping with a thick sludgy atmosphere thanks to some gnarly distorted bass frequencies courtesy of Jakob’s Maurice Beckett and with the addition of some meticulously crafted synth layers and tasteful drumming that knows when to hold back and when to let loose (or rather smash that china or crash cymbal), “Pass of Change” is a rather charming and unique first outing with great promise for the future of Desbot. 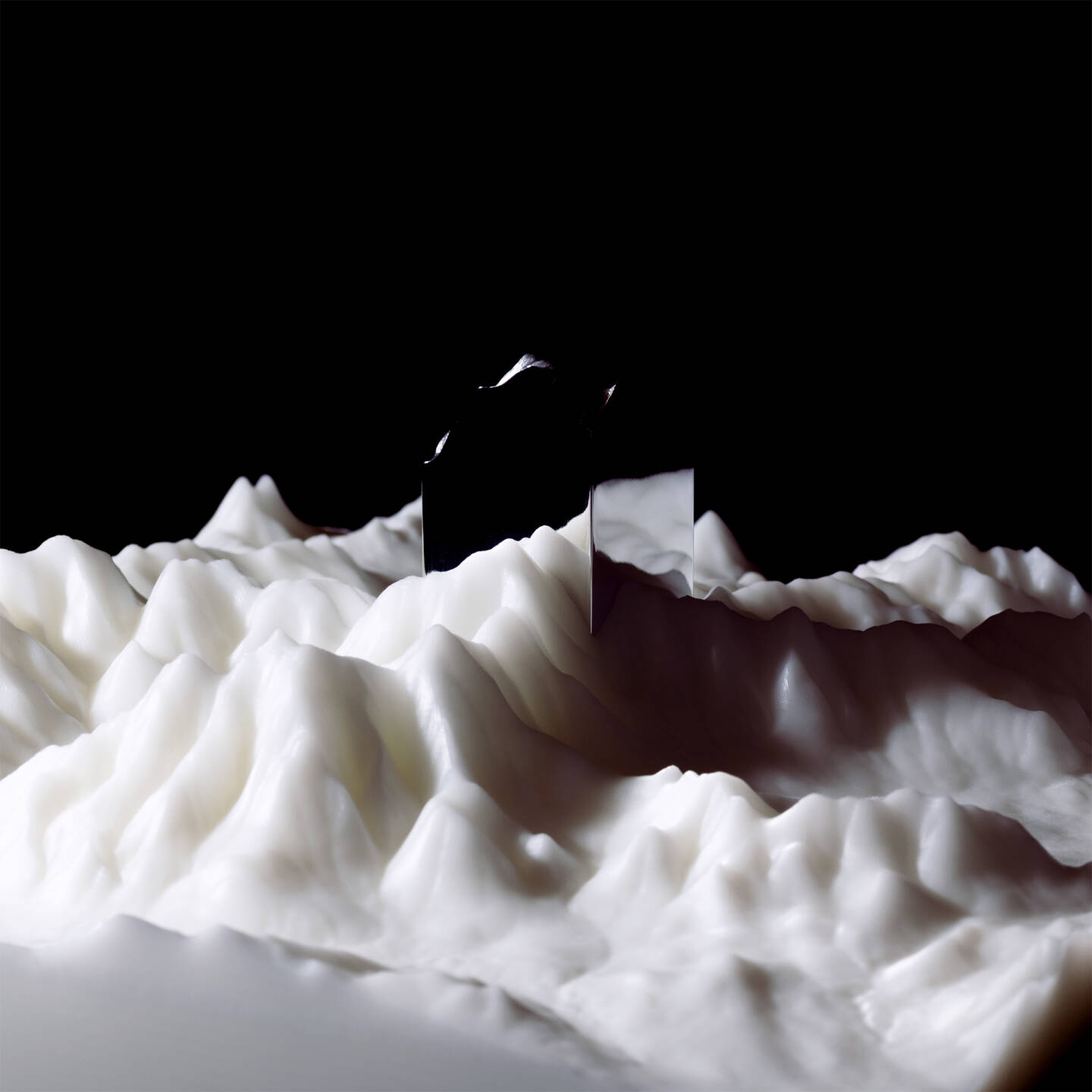 Post, the second: US. Manchester, New Hampshire three-piece Girih present their sophomore effort “Ikigai” and, despite having the classic power trio line-up, they prove once more, that once an intricate string arrangement enhances the classic post rock sound, it has the delicate power to transcend the sonic impact of the music to something otherworldly and ethereal. Even though all THE songs on “Ikigai” are not really on the long side for the post or prog genres, with album closer ‘The Hourglass’ clocking in just above the 7 minute mark, post rock is not a genre for short attention spans. But it is definitely a genre where patience through a build up that might sound a bit uneventful at first will pay off a thousandfold once the climax is reached and weirdly will retrospectively change your initial perception of the build up. Strange and beautiful. 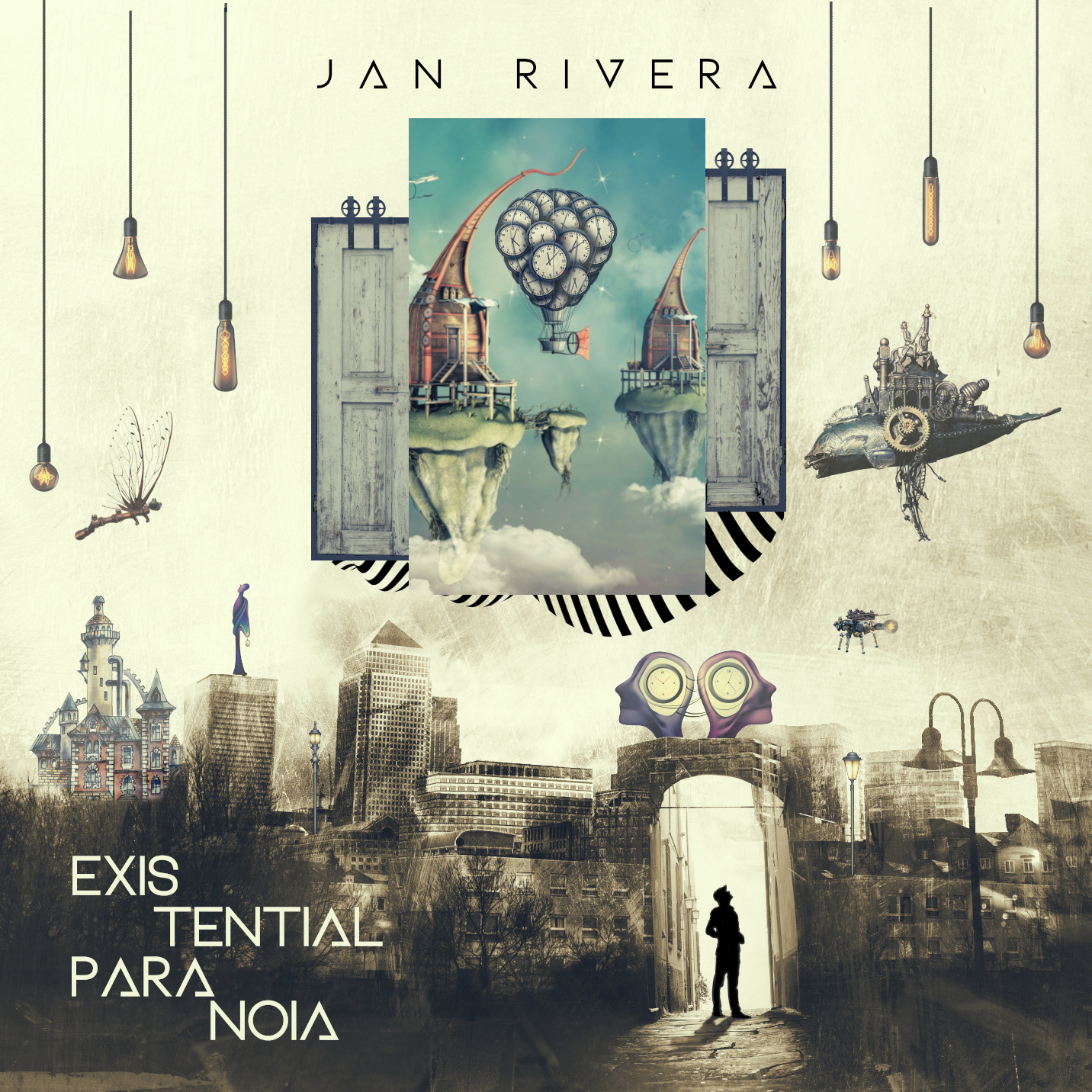 From chill atmospheric post rock to fusion-y instrumental prog metal with the who’s who of top players in the business right now. Jordan Rudess, Marco Minnemann, Mohini Dey, Nili Brosh, Chad Wackerman, Gary Husband, Jimmy Johnson and more: that’s some major talent guitarist Jan Rivera has assembled for his debut full length album “Existential Paranoia”. Originally from Puerto Rico, Jan Rivera is a graduate from the Musician’s Institute and wrote a book about Advanced Rhythmic Concepts for Guitar. Now all of that doesn’t guarantee a good album, or interesting songs, right? Well, luckily “Existential Paranoia” is a groovy, fun affair (with some jaw-dropping performances, who would have thunk it with that line-up?), despite the rather angsty title. So this is definitely a must have for fans of all the musicians mentioned above as well as instrumental guitar music fanatics. 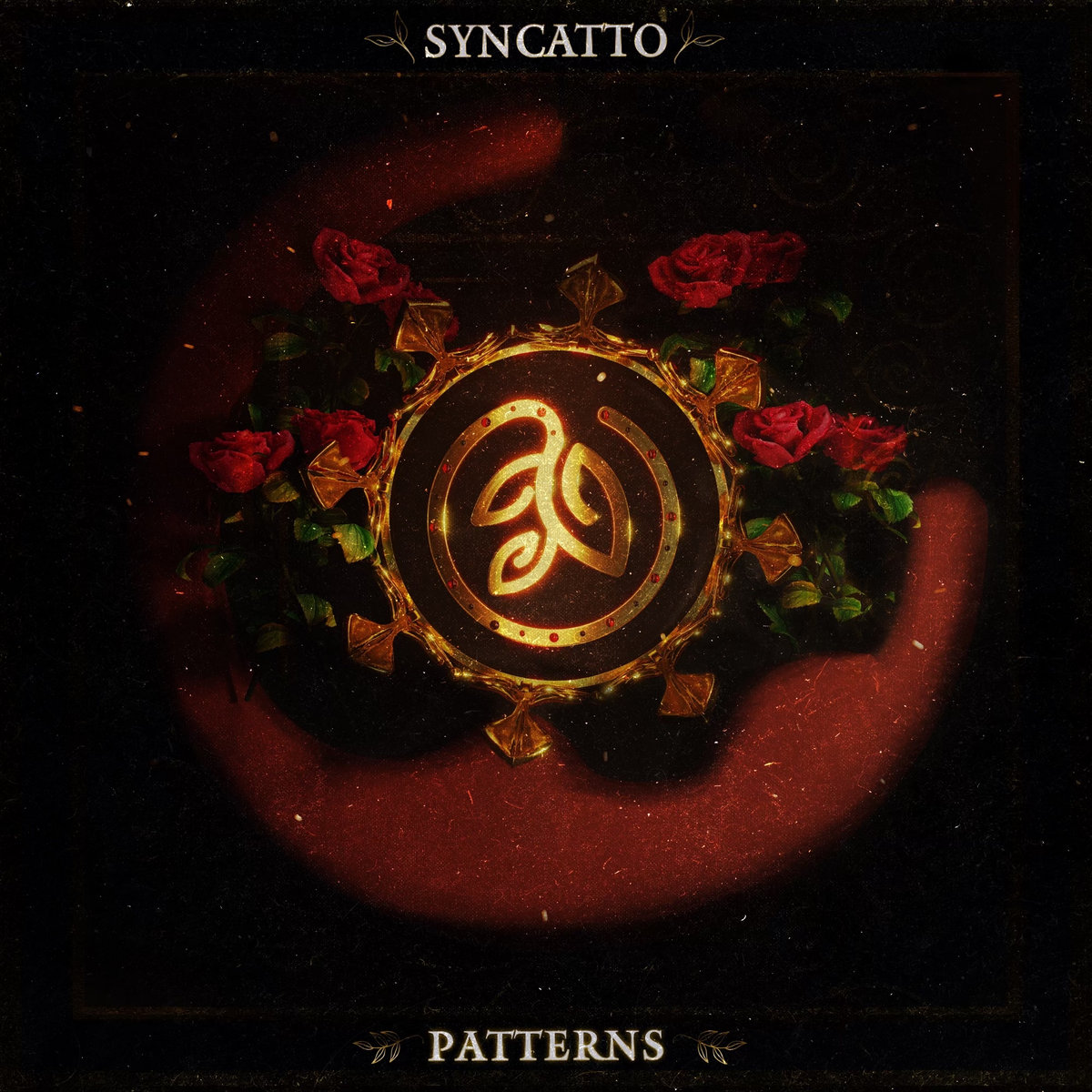 Keeping with the fun upbeat instrumental stuff for some more songs, Artificial Language guitarist Charlie Robbins is back with another EP released with his solo project Syncatto. “Patterns” is every bit as smooth yet intricate and complex as expected and further cements Charlie’s status as one of the most exciting and inventive young guitarists out there. Given his working pace (he published an album and an EP in 2021), I wouldn’t be surprised to see another album or EP soon in early 2023 and I for one wouldn’t mind at all. Bring on the tasty stuff and keep up the good, I mean absolutely amazing work! 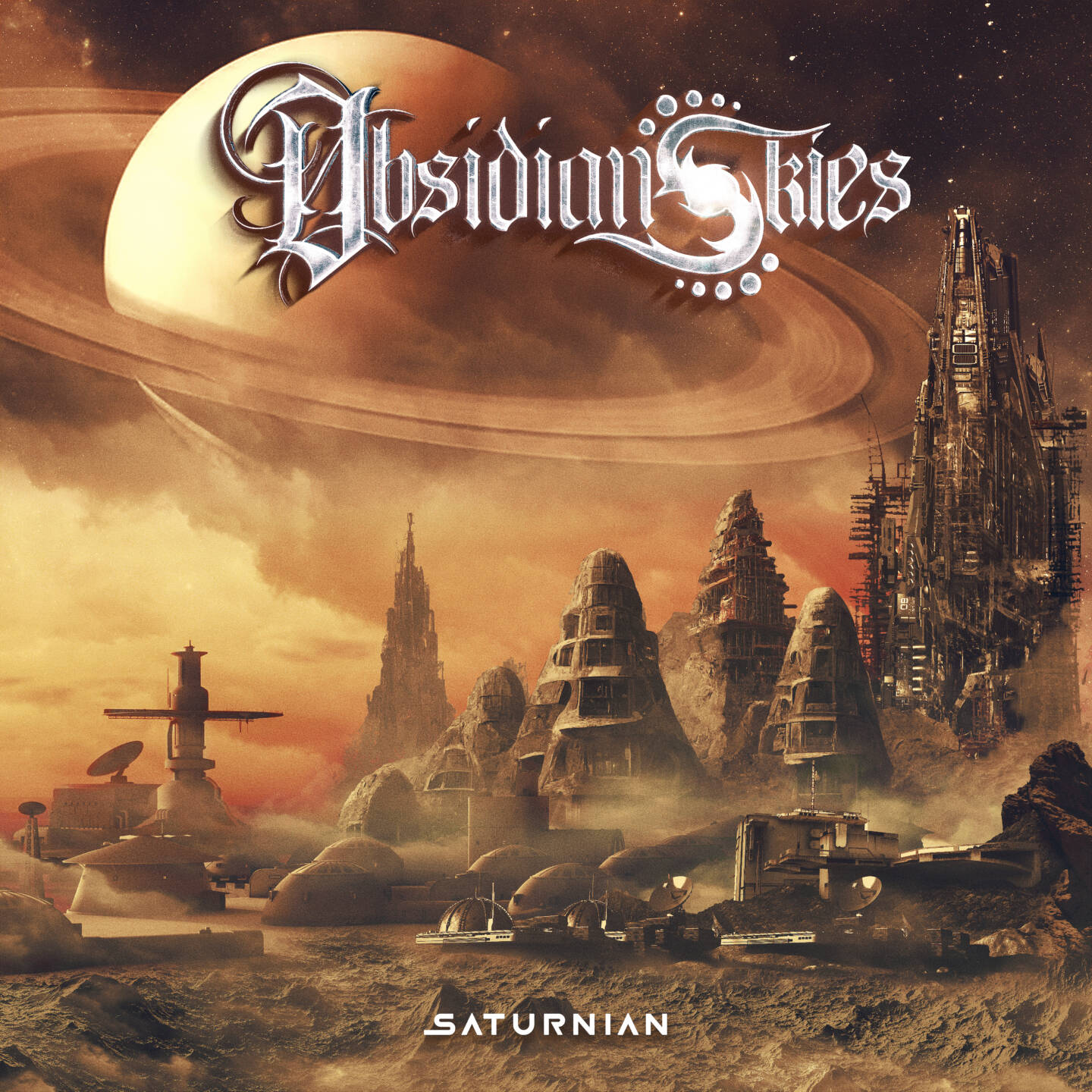 Rounding off our 9, no 10 highlights this week is another debut release: “Saturnian” by Colorado progressive/symphonic death metal duo Obsidian Skies. We premiered the 3-track EP here on The Progspace a day ahead of its general release with an exclusive stream and I for one was quite smitten by the orchestral parts in particular. That’s not to say the metal component of their sound is not equally potent. Mixed and mastered by Tom MacLean (ex-Haken/To-Mera/Psion), this science-fiction tale feels like an epic mini-blockbuster despite its short runtime of only 24 minutes. To think what they might be able to do in an album’s span…