Slovenia based progressive metal band  Seventh Station is excited to announce the release of their second album “Heal the Unhealed” on November 7th. The record is an international effort – rehearsed and recorded through five different studios on three continents, in the United States, Slovenia, and Turkey. A new level of musicality and artistic expression blends magnificent sweeps, heavy riffs, and intricate melodies together, creating an eclectic proggy frame for personal topics. The second single, ‘The Heart of a Nation (Nadia)’, is premiering today right here on The Progspace, together with a stunning contemporary dance video.

On the album, guitarist Dmitri Alperovich wanted to bring his personal point of view on his roots as a Soviet Union child. Spending his childhood in the Soviet Union, then his youth in Israel, and finally having moved to Slovenia, he went through a lot of different circumstances and the processes of adaptation for each – also resulting in anxiety and panic attacks after all these significant paradigm shifts. “Heal The Unhealed” is a personal reflection on these experiences and the psychological states they brought, voiced through different characters, including the primary actors of the conditions in the Soviet Union. He continues to explain:

While the album started to take shape as the lyrical content and the general concepts were formed, this song became the first part of the Soviet Union/Stalin trilogy, which later became the main topic of the album. The song describes the poisonous relationship between the former Soviet Union leader, Joseph Stalin, and his second wife Nadezhda Sergeyevna Alliluyeva (Nadia). The official video was shot in Jerusalem, featuring contemporary dance choreography, put together by choreographer Maya Popova and the co-creator Anatoly Shenfeld.

Alperovich is joined by frequent Dream Theater collaborator Eren Başbuğ on keyboards, Subterranean Masquerade vocalist Davidavi Dolev, and the band is completed by Jure Lopatic on bass and Grega Plamberger on Drums and Percussion.

Watch the stunning video for ‘The Heart of a Nation’, exclusively premiering now, right here on The Progspace:

Seventh Station – The Heart of a Nation (Nadia)

Having studied classical music and being an avid fan of many other music genres, Alperovich’s idea of Seventh Station emerged from applying the knowledge and techniques from classical music in to progressive metal, creating a platform for him to express his ideas. The result is daring, colourful, and artistic.

Formed between the Academy of Music & Dance in Jerusalem and Berklee College of Music in Boston, Seventh Station released its debut album “Between Life and Dreams” in 2016. After relocating to Europe and a few line-up changes, Alperovich and  Başbuğ knew no borders in the search for uncompromising compositions and musical executors, progressive and challenging. After several tours between the Middle East and post-Yugoslavia, the band gathered together on recording “Heal the Unhealed”. Inspired by the Second World War and the Soviet Union, the album is an hour-long reflection in the eyes of Alperovich, who was born in Minsk, Belarus, moved to Israel and eventually found his way to Slovenia. Featuring surrealistic epos, harnessing the band’s skillful abilities in order to express Kafkaesque situations, “Heal the Unhealed” examines resemblances between dictatorships and the personality disorders of an artist.

“Heal the Unhealed” will be out November 7th.

Find the album pre-order at www.seventh-station.com. Don’t miss out on the limited edition double 12″ vinyl, there’s only 100 of those available!

Check out the first single ‘All Hail the Moustache’ here: https://youtu.be/-upgWRhKqz0

To coincide with the release of the second single and album announcement, Seventh Station is also ready to unveil the album artwork and tracklist: 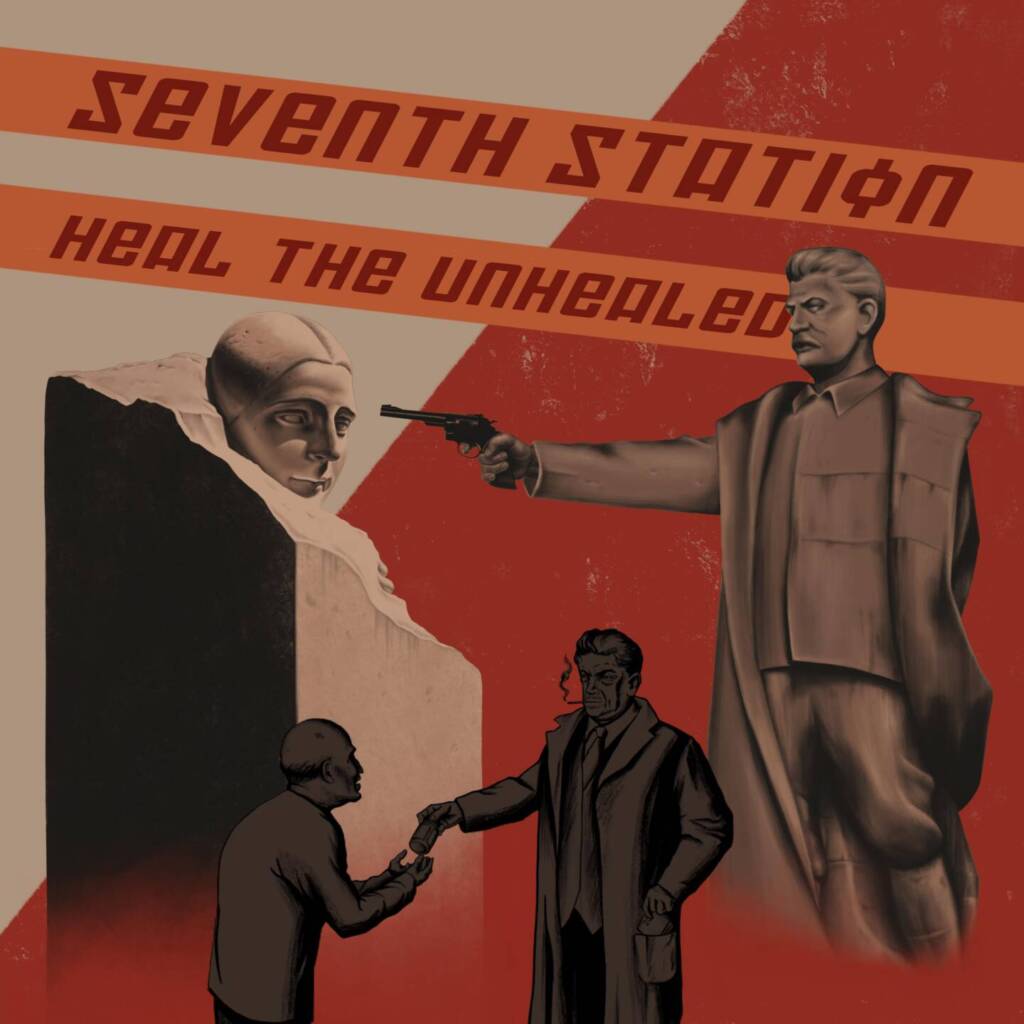 The Progspace is joining forces with ProgPower Europe as official Media Partner! 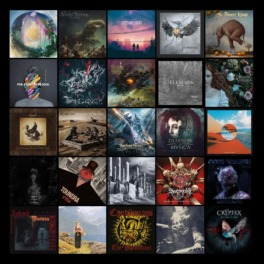