Behind the scenes of Prog: Interviewing digital artist Wayne Joyner 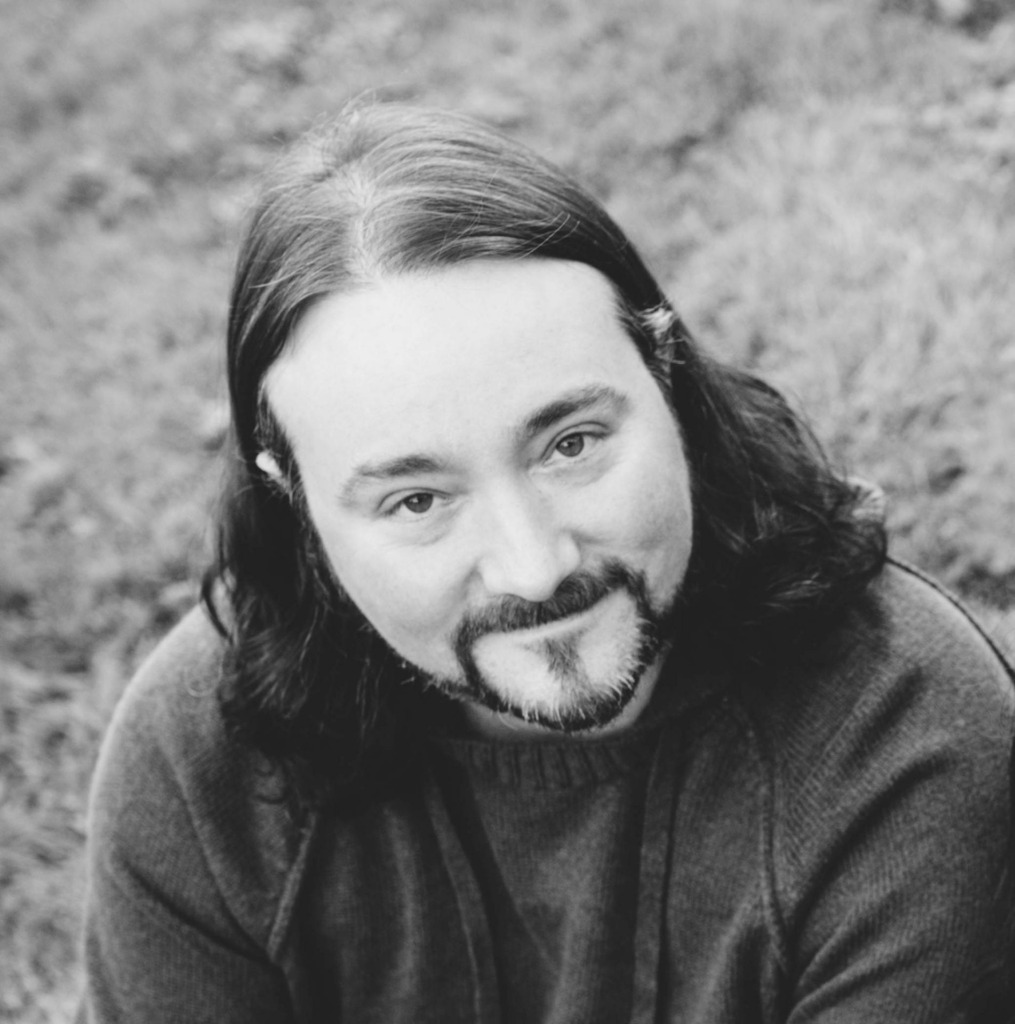 As members of the audience, we often only see the end result of a band performing on stage, but we should not forget that getting a band to sound and look this good live requires the combination of a lot of talented people.

If you ask a band why they were so good during a performance, they will most likely tell you it was a team effort combining the talents of the musicians, the sound engineer, a light and visual designer, stage manager, stage technicians and so on.

Stage lighting and visual designs for live music are essential, not only to simply see the bands on stage, but also to enhance the music and create an atmosphere for the performance. Light and visual designers  are given the daunting task of mirroring the emotions found in the music, and to represent the visual identity of artists they work with.

Today we are chatting with Wayne Joyner, who’s a digital artist working with internationally acclaimed metal/prog oriented artists that you all know such as Ayreon, Devin Townsend, Myrath and Dream Theater among others. You may know these bands well, but you may not know who is behind the scene making them sound and look so good.

Can you introduce yourself to our readers, telling them where you are from and what you do?
My name is Wayne Joyner. I’m a digital artist that dabbles a little in all kinds of video art, motion graphics, 3D and 2D animation and graphic design.  A bit of a jack-of-all-trades. I live in Atlanta, GA USA.

I have read that you started to work at The Weather Channel, how did you break  into the music industry?
I worked as a designer with The Weather Channel for several years with their live graphics team. The knowledge and experience I gained there was invaluable as it really prepared me for handling live visual design. I got into the music business working on the side for local bands and promoters in the Atlanta area. Now it’s my full-time gig. 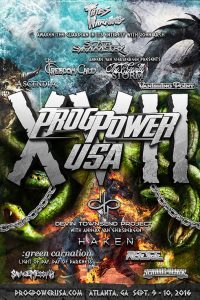 Since 2008, you’ve been working with ProgPower USA  creating illustrations, graphic designs elements for T- shirts, posters, and videos. You have created a strong and unique visual identity for ProgPower USA. Can you tell us about how you’ve come to work for PPUSA ? Were you given carte blanche to create their visual signature?
I actually answered the call for a t-shirt contest that ProgPower USA promoter Glenn Harveston was having at the time. I was a huge fan for many years before, so I was humbled when he decided to use my design. I guess he liked what I did so much that I’m still doing it 11 years later and now the rest is history. Glenn always comes up with the idea for the theme every year, but he gives me the keys to create and run with the idea. That idea stretches across all aspects for the look of the festival from the t-shirt design to the video.

As I understand it, you are now a freelance artist, working on different projects with bands and record labels creating lyrics videos, print designs… You are mainly known for the lyric videos you create (Myrath, L.A Guns, Anubis Gate, Pyramaze, Stuck Mojo) in prog/power and other metal subgenres. These kind of videos have become quite popular on Youtube. How much does the artist’s performance style factor into your work? Do artists regularly collaborate, give input and make requests?
Sometimes I work directly with the bands. I always prefer to of course, just because that really helps me to get inside their heads a bit. The band’s style does play a lot into the direction I go. If it’s a heavier band, I’m definitely going to turn the intensity factor up a bit.

How do you connect lyrics and images from a visual point of view?
The vibe of the track really does affect how I approach every project I start. As clichéd as it sounds, I really do let the music flow and I create with how it makes me feel when I listen to it.

You have been working on the Ayreon Universe show with Lori Linstruth. Tell us about the process of working with Arjen Lucassen and such a big production. The strong narrative content of the Ayreon Shows is complemented by the visual elements, how did you tackle this challenge?
The Ayreon gig definitely has been one of the highlights of my career. Previously, I worked on several videos with him for “The Source” album. During that period, he asked if I would be interested in doing visuals for his first live Ayreon show ever. It was a year-long process but it was a very rewarding experience. Arjen has this awesome way of just bringing out the best in the people he chooses to work with and it was no different with me. His music and lyrics have such a visual impact to the listener. Lots of cool sci-fi and fantasy stuff! It was just fantastic helping to bring that to life. In the end I think we created something very special and unique!

I have read about how certain colors trigger emotional responses in the audience or that some colors are difficult to work with for photographers and video recordings. What thought process goes into color choices for lighting and visual design for the Ayreon shows especially as the shows were recorded for DVD release?
The brightness factor really plays a larger part in the design of live visuals. Colors also need to cut through the fog and lights. Lighter colors tend to get washed out in all that is going on.

What are some of the main concerns and challenges when it comes to visual designing?
Probably my biggest personal concern is that what I’m doing doesn’t come off too cheesy and that it’s still cool many years from now.

How would you characterize your own visual design style?
I like to make things as face-melting and high impact as possible. I think I have a very colorful and original vibe about what I’m doing. I work with lots of music that conveys all kinds of emotion so I really try to connect the viewer with what the band it is trying to get across sonically. 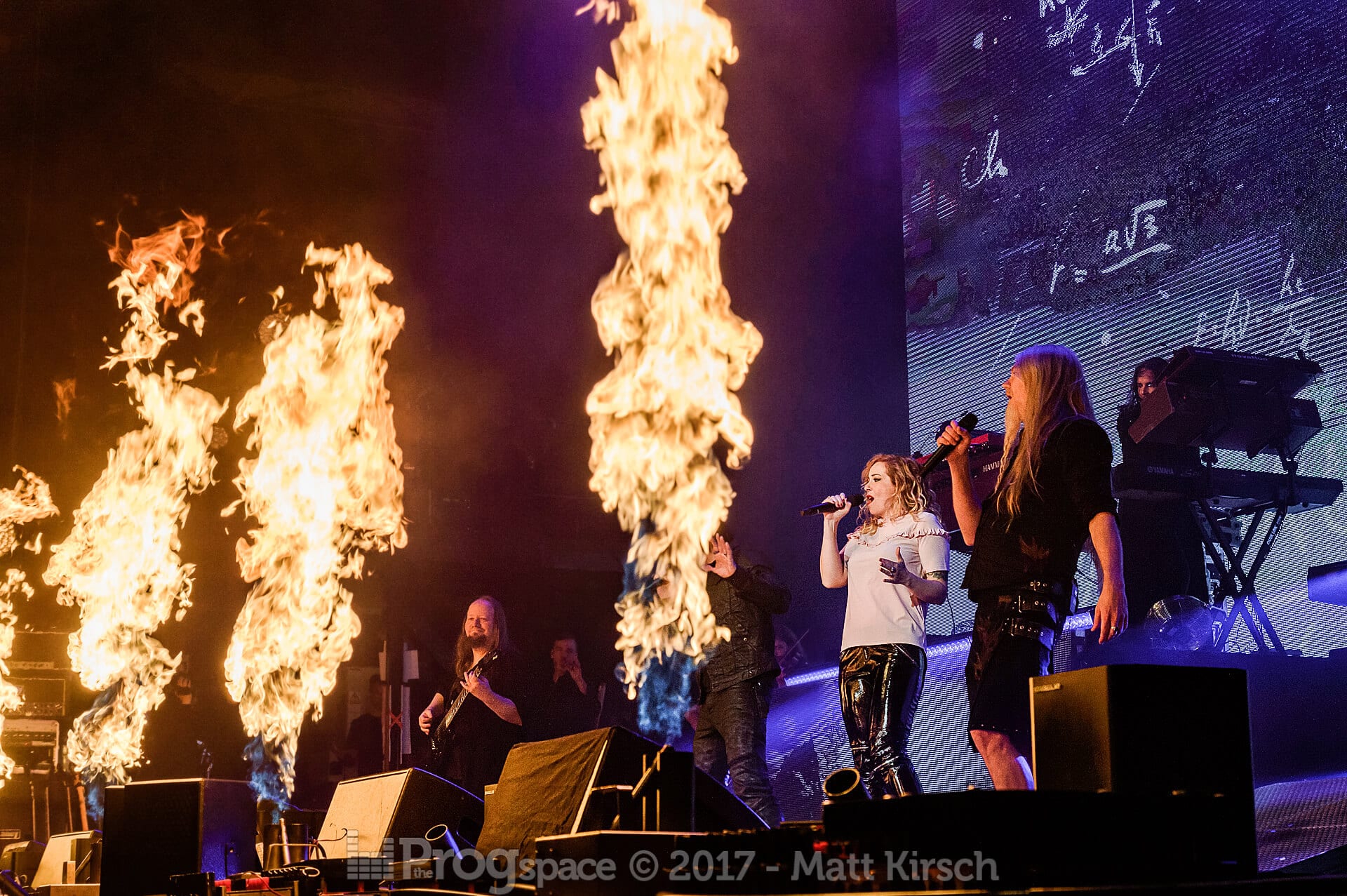 Any other visual design artist / light designer out there or any other forms of art that inspire you and your way of working?
Not so much other artists, but the bands themselves inspire me the most. I see myself as just a lucky fan that gets to work with the music I really dig and grew up listening to. If I could only go back and tell my 16 year-old self that I would be working with all these awesome musically heroes one day.

Apart from the Ayreon live shows, do you work on other live performances?
At the moment I’m working on another really big visual experience for the upcoming Dream Theater tour.

What are you working on at the moment and what’s next for you in 2019?
Along with those visuals previously mentioned, I also just completed animating the entire new Dream Theater album from start to finish. It’s a visual narrative to go along with their 5.1 mix. It’s definitely something new I think that hasn’t been done before. It’s been such an honor.

Thank you very much to Wayne Joyner for taking the time to answer these questions and shed some light on what happens behind the stage in the progressive world! 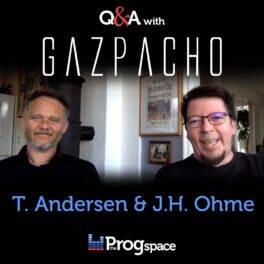 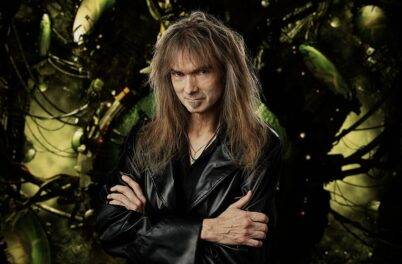 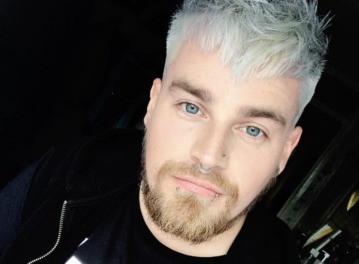 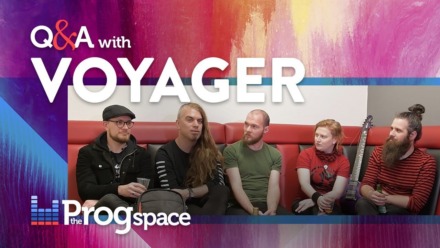