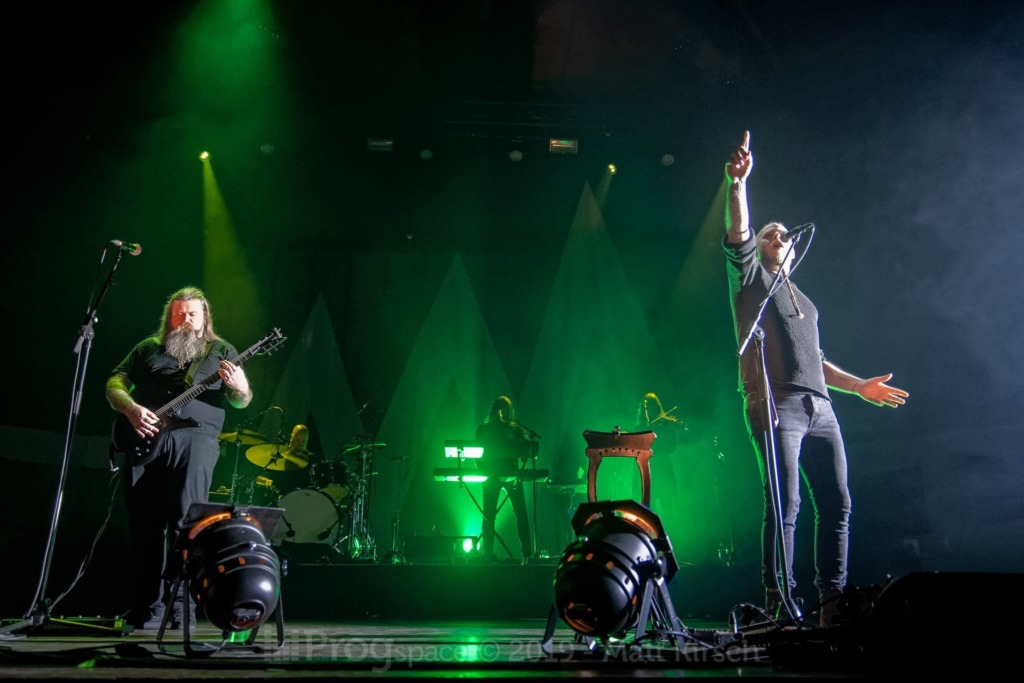 A night of perfection: That would really be all that has to be said about the triumphant concert of Ivar Bjørnson and Einar Selvik at Grote Saal in Utrechts’s TivoliVredenburg concert center in the Netherlands. But let me explain. 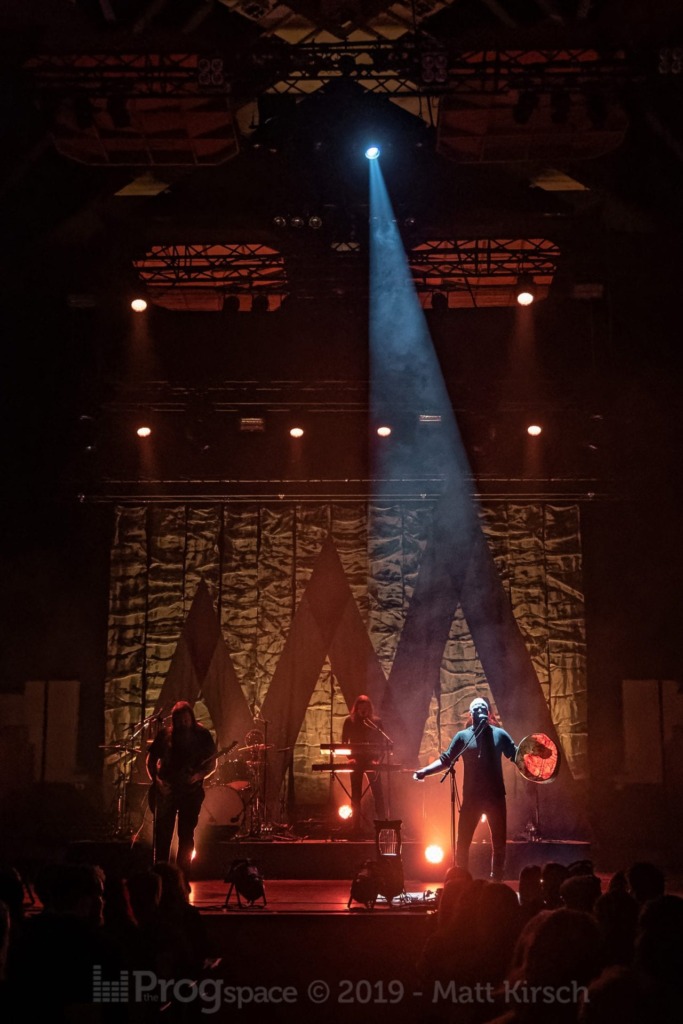 “Hugsjá“, the latest cooperation of Wardruna mastermind Einar Selvik and Ivar Bjørnson of Enslaved fame, has entered our top of 2018 list not once but twice, and even if it is not promoted as a progressive rock album (because it isn’t, really), there are still so many elements in this combination of old Norwegian stories, ancient instruments, electric guitar and electronic soundscapes that it is more progressive than many other releases last year.

Now they are standing on the stage of the Grote Saal, together with a small band consisting of Iver Sandøy (drums), Silje Solberg (Hardanger fiddle) and Håkon Vinje on keyboards. The place could not have been chosen better (okay, maybe a viking long house at a Norwegian fjord might have been equally appropriate): The acoustics are superb, every note from every musician can be heard crystal clear up to the highest ranks and every seat has a good view of the stage (some almost from behind, though).

From the first notes of ‘Hugsjá’ the audience is completely silent, you could hear a pin drop down to the wooden floor as everyone is drawn into the hypnotic music of the three opening songs ‘Hugsjá’, ‘WulthuR’ and ‘Fornjot’ from the 2018 record. You could almost speak of a mass – were it not for the time that Selvik and Bjørnson take us back to – viking times, of course, but further back even, to the origins of the Norse people, sailing out there to expand their world (as in ‘Nattseglar’, those who sail at night).

Selvik gives us a master class on Norse history. He introduces us to this old world not only with music, consisting of songs from “Hugsjá” and “Skuggsja“, the previous cooperation with Bjørnson, which they were commissioned for by the Norwegian state to honor the 200th anniversary of the country’s constitution in 2014, but also in short historical and mythological stories between the songs.

We learn of the origins of the name Norway (literally indeed “way north”, but more than just that, a mindset for the musicians) in the introduction to ‘Nordvegen’, and about the runic alphabet of the Norse and Germanic tribes before the performance of the Wardruna piece ‘Fehu‘, named after the first rune in the Futhark rune alphabets.

Of course, Selvik’s impressive voice, the historical instruments he is playing – percussions, a goat-horn, a lyre and a taglharpa – and the clear guitar play of Bjørnsson are the center of the music, but they are perfectly supported by Sandøy’s varied drumming, the soundscapes created by Vinje’s keyboard and the soft touch added by Solberg’s fiddle. They also add their voices to the chorus.

While the Hugsjá songs are more calm and pure beauty, the songs from “Skuggsja” (which also had black metal elements) have more drive and dynamics, but they always keep that sense of history and the connection to nature that also plays the major role in the lyrics. One of the highlights is the only Enslaved cover of the evening – ‘Heim til Yggdrasil‘, a beautiful de-metalised version of ‘Return to Yggdrasil‘ from the 2004 record “Isa“.

‘Um Heilage Fjell‘, the song of the holy mountain, ends the regular set, but with standing ovations lasting for minutes and minutes, Selvik has no choice but to come back to the stage to perform the evening’s absolute highlight, a song he wrote for the TV show Vikings: ‘Völuspá‘, an interpretation of that most famous Edda poem introducing us to Ragnarok, the end and beginning of the earthly cycle, only carried by Selvik’s voice and the kravik lyre in his hands.

And WHAT a voice. Goosebumps, wet eyes and tears everywhere. A worthy ending to a perfect evening. As Selvik quotes between two songs: “The old songs are dead, so we have to write new ones.” Please, never stop!

More photos in our gallery. 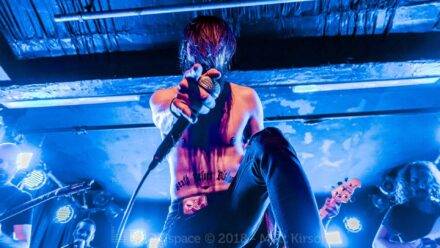 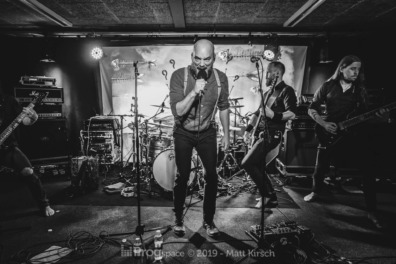 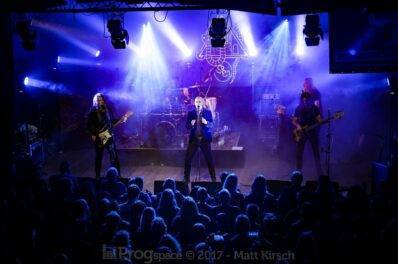