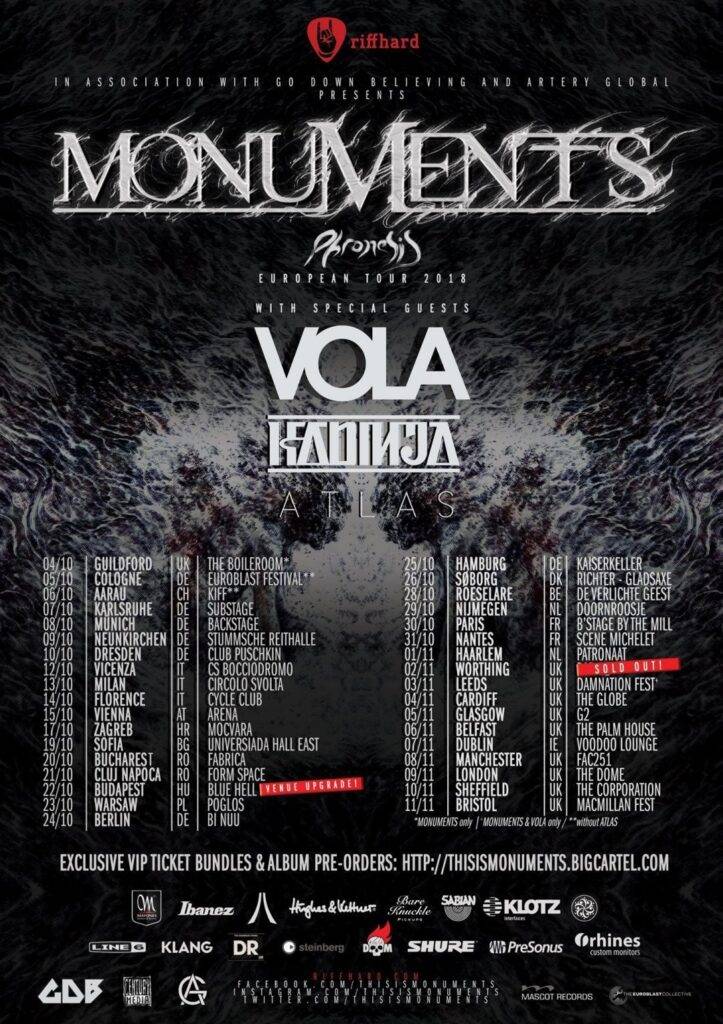 Is there a better way to soothe your post-festival blues than to go to another concert on a “Zombie Monday”? I doubt it. Especially when those bands played Euroblast, but you were at ProgPower Europe instead. Joining the already impressive and extensive touring package of Monuments, Vola and Kadinja on this fifth date of a tour spanning a whopping 35 concerts were finnish youngsters of Atlas, playing some sort of energetic ‘Northcore’ as they describe it. Just off the Autobahn after a 700km drive from Baarlo to Munich, I wasn’t really open for a new band I have to admit though. The Backstage Halle was only half filled, and a restraint audience, in a safe distance to the stage, didn’t really muster much more than polite applause (you could say it came from a distant crowd, if you will). But that didn’t keep the five Finns from giving their all and I’m sure they are able to tear up a different audience in a heartbeat. Not tonight though. (On a sidenote, I will never understand why you have to put a freaking FOURTH band on a perfectly fine triple package. Oh yeah, with two bands playing just half an hour and the other two 60 minutes, you’ll basically have a double headliner worth of music playing time wise without having to start at 6pm already…) 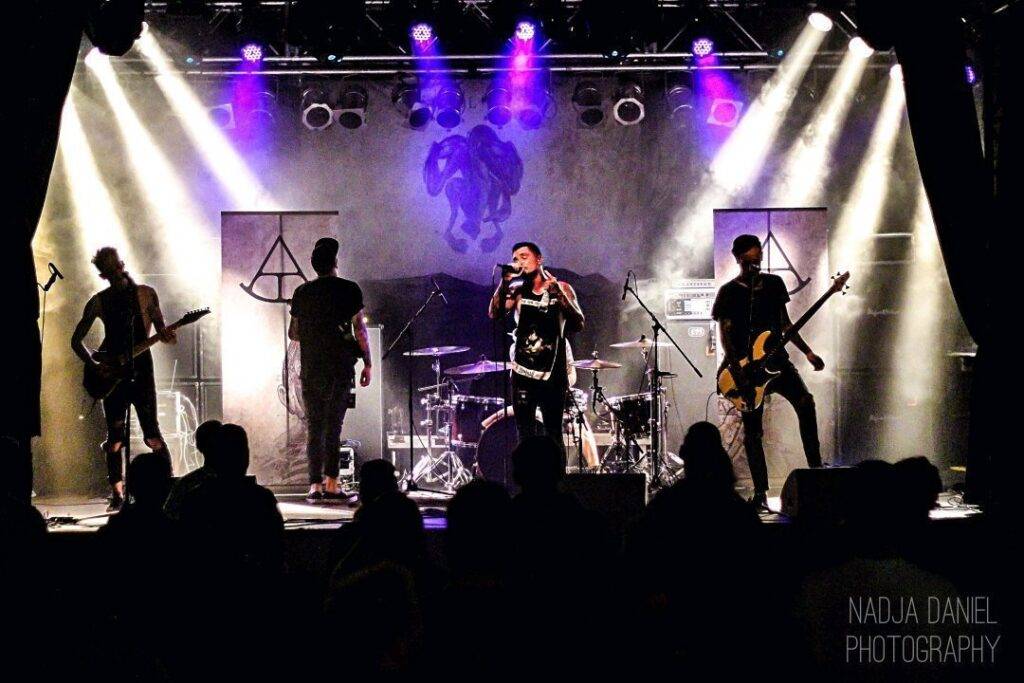 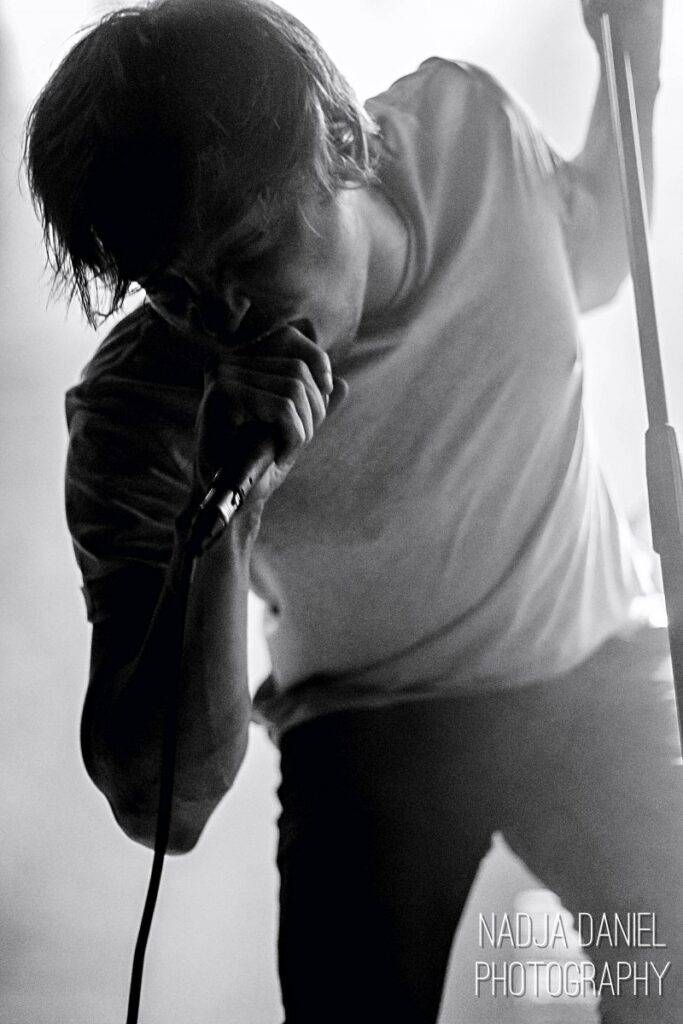 For french tech djent masters Kadinja, at least some of the audience dared to move closer to the stage and the first headbangers were spotted as well. Since the last time I saw them, they had some line-up changes, so in addition to the core trio of shred master Pierre Danel, busy drummer Morgan Berthet (also Myrath and Klone a. o.) and singer/shouter Philippe Charny, they are completed by guitarist Quentin Godet and Steve Tréguier on the bass guitar. This line-up change didn’t keep them from playing as tight as a cat’s ass (to quote my wonderful colleague Rune) though. They also presented some brand new songs like the extremely groovy ‘From the Inside’, definitely firing up the excitement for their upcoming second album, which will be out early next year. Still, they didn’t seem to be able to really get the Munich audience going, which wasn’t their fault at all though. The tightness and skill levels were raised to the max and frontman Philippe knew how to impress with both his clean vocals and powerful screams, but especially his intense pitched screams are one of a kind. My exhaustion from the long festival weekend was blown away and I was ready for my favorite danes in Vola. 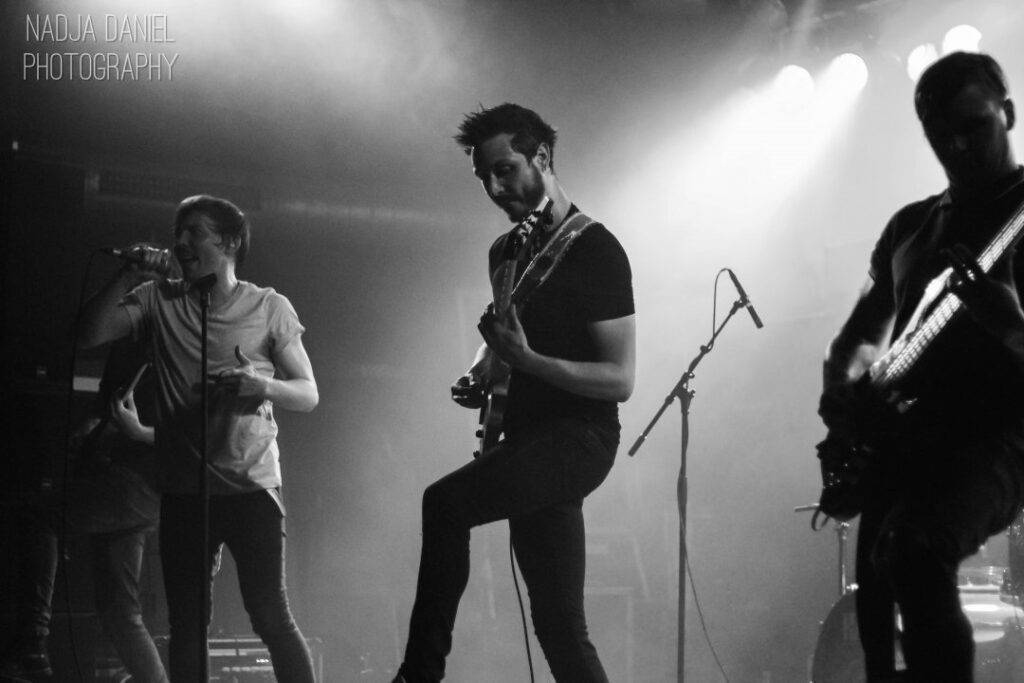 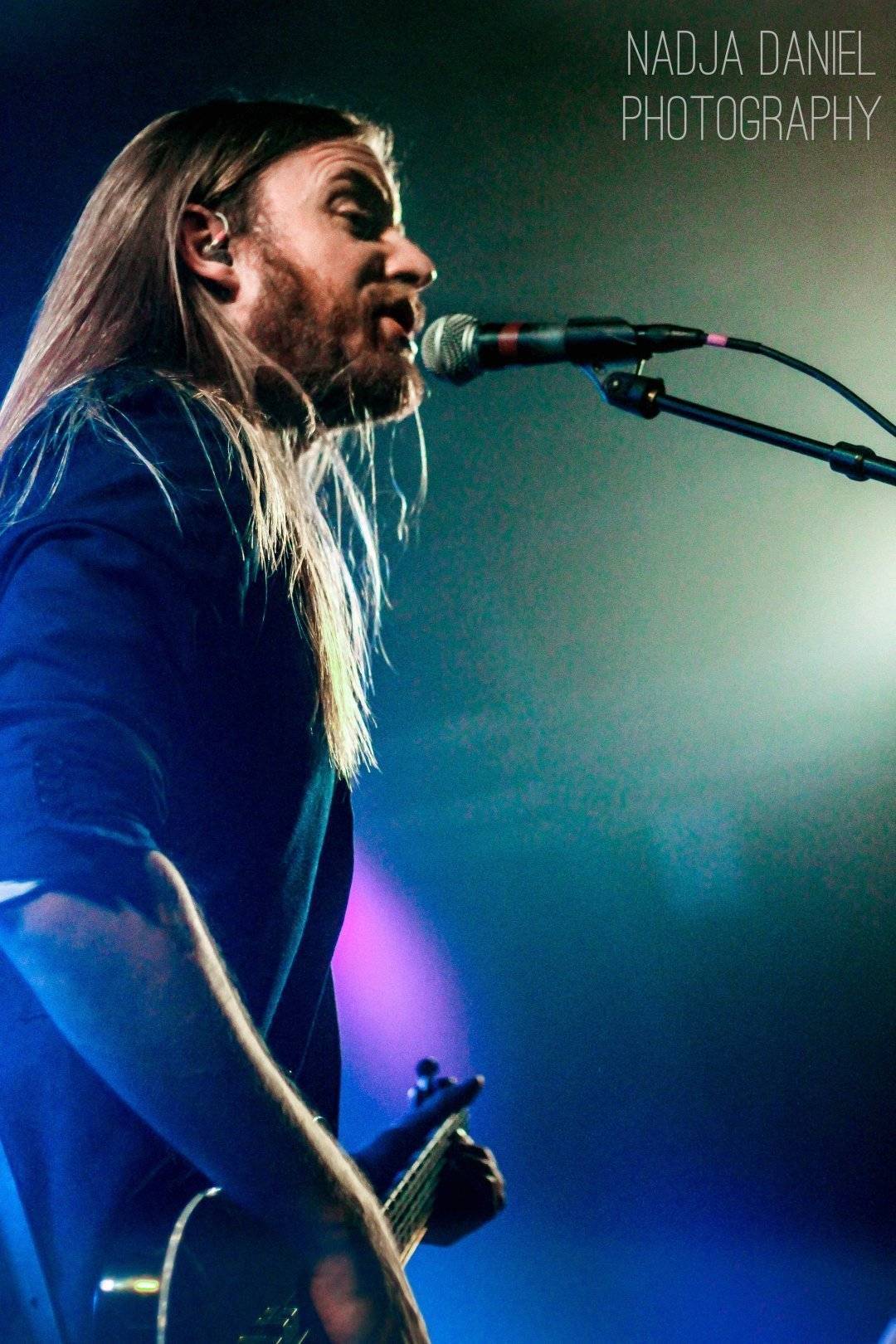 Danish shooting stars of Vola even sport two unique features on this heavy bill: the only band with keyboards and the only band with only clean vocals. That doesn’t mean they can’t do heavy though – on the contrary. Starting off with the nasty riffs of ‘Smartfriend’ , the first single from their upcoming second album “Applause from a Distant Crowd” that was just about to hit the shelves for real a few days later, they made their point clear from the get go: bang those heads! And in contrast to this dark and twisted riffing, the monumental chorus towered even higher. Playing a well balanced set alternating between new songs and stuff from their smash hit debut album “Inmazes”, the quartet was on top of their game and left no doubt about the fact that they are currently heralded as one of the modern prog metal scenes hottest acts. Even with pop-infused songs like the second single ‘Ghosts’ or the electronically tinged, slightly eerie ‘Alien Shivers’, they still manage to infuse the most hardcore metalheads with pure delight. Ending the all too short set with the massive “Whaler” (the best song on the new album I daresay) and the always welcome “Stray the Skies”, the four guys of Vola did nothing less than put on a performance worthy of a stadium. That’s where their music belongs! 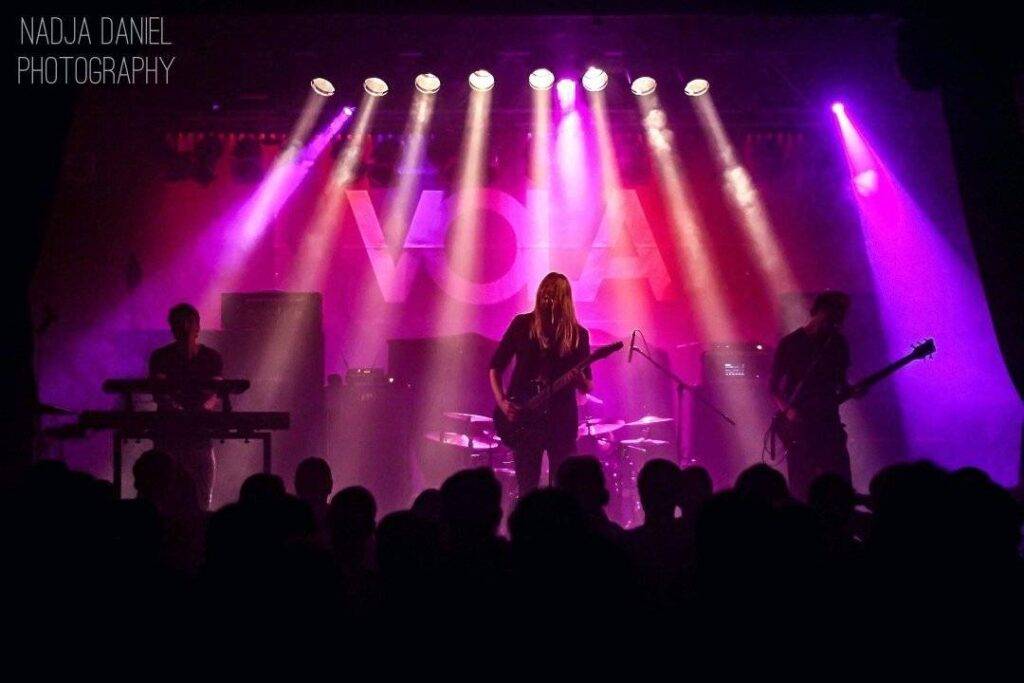 After that massive onslaught of bliss I almost felt sorry for Monuments, as I knew they wouldn’t be able to top that, at least not for the Vola fanboy I admittedly am. Luckily, the up to this point pretty lethargic audience stepped in for me – to a certain degree. Having to wait for the very encore to get the first and only circle pit of the evening going certainly felt weird with this kind of music. The UK five piece managed to pull off an impressive and tight set nevertheless and given the circumstances (remember – it was ‘Zombie Monday’) I wasn’t all too sad that they only played for an hour or so. In conclusion, the only thing that is left to say is: don’t miss this package if modern, djenty prog metal/core is your thing. You won’t regret it! 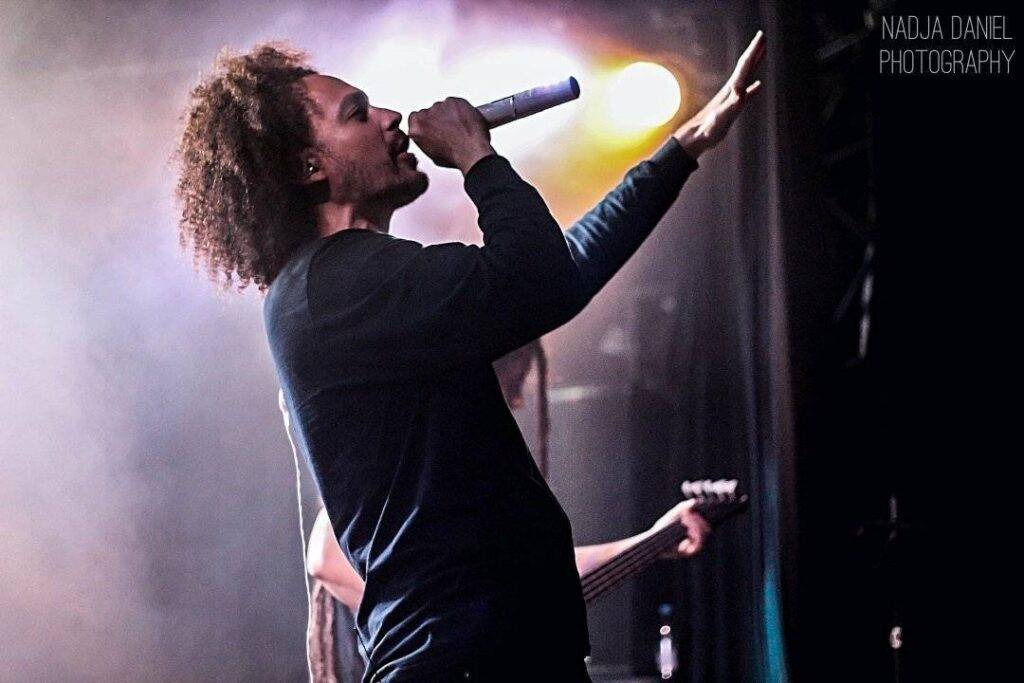 Many thanks to our guest photographer Nadja Daniels. Please check out more of her work (including more pictures of this evening) at http://www.facebook.com/NadjaDaniellPhotography 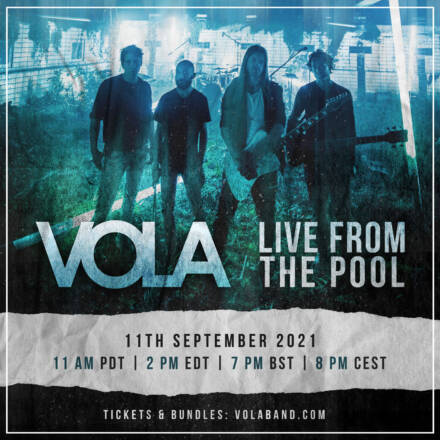 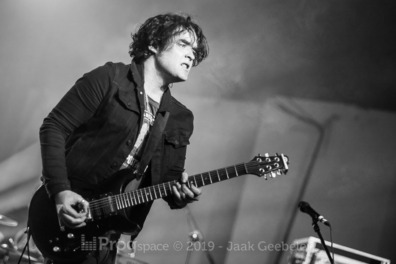 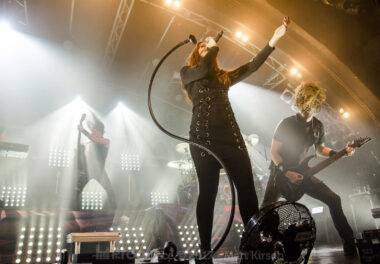