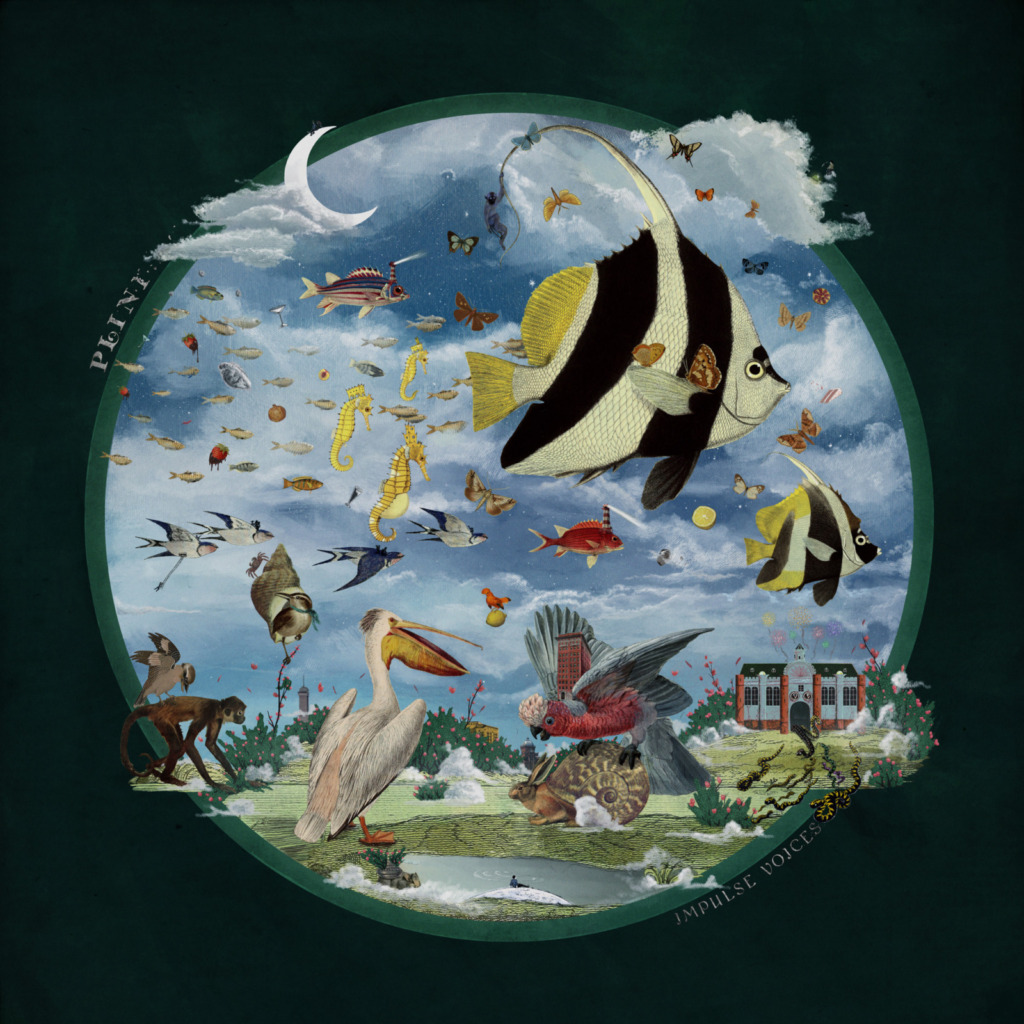 lini was one of the first musicians I encountered while discovering the more modern prog sounds in the territory of djent, core and avant-garde. And to this day, he remains one of my favourite artists when it comes to instrumental music. While you could try to label his sound with a few genre-tags like djent, jazz or prog metal, I feel that the Australian maestro continues to elude any genres or categories, keeping his sound fresh, unique and as forward-thinking as it gets. And his latest effort “Impulse Voices” might be his strongest offering yet.

Plini’s compositional style is really one of a kind, bending and combining genres and I would say it’s also quite experimental, though unlike many experimental approaches, it actually works well and serves a musical purpose. His music is a very well-thought-out balance of heavier and more relaxed sounds that keep going up and down, creating a real treat for the senses. When it comes to the guitar parts, well, he’s an absolute genius and also a very technical player. There are a lot of clean guitar parts, often setting the undertone for the songs. They usually sound very light, swift and gentle. He really has an ear for detail and delivers his parts to the finest level of detail, allowing for very accurate expression of many different emotions, most of them positive and optimistic. The heavy parts are consistent throughout the album, though they do not in any way dominate the sound. They can be mostly described as djenty riffs, though unlike the trademark approach to djent, they aren’t quite as electronic, digital and cut through. The sound is slightly more natural and also a bit more laid back, packing a punch but allowing the softer sounds and frequencies to shine through effortlessly.

But the real artistry in the guitar parts really comes through when the lead sections get going. Plini doesn’t play guitar solos, that’s too generic and limited. His guitar has a voice, bringing as much character as an actual human voice which is part of the reason why he can make instrumental music so engaging. Lead sections on both clean and overdriven effects spring in and out of the spotlight at all times, bringing about constant change in mood. The songs aren’t repetitive, which allows his more extended lead parts to sound almost as if he goes on a wordless narrative, using only emotions to tell his story. And every song does have a story. The music is so expressive that you get images and scenes randomly popping in your mind when hearing it. I’m particularly keen on his quick staccato runs and his wailing bends, so accurately accented to throw a spike in your serotonin levels.

And his crew of musicians are obviously no rookies either. Bass, drums and keys are all essential in putting together this fine piece of art. Drummer Chris Allison knows his way around the kit well enough to extract just about any level of energy out of it. Since drums are always the most non-musical instrument, I always find it amazing when a drummer has enough control to modulate the level of impact and intensity subtly enough to get a flow of emotion and vibration from the instrument, especially through difficult passages. There’s plenty to admire in the drum parts, from smooth jazzy sections to heavier, faster outbursts, clever transitions and such a well-rounded groove, getting interactive with the other instruments.

On bass, the one and only Simon Grove who has been a constant in Plini’s releases since “Handmade Cities”, is the key behind the character of the songs. His parts are very prominent, very expressive and with the guitars often being quite delicate and flowery, the bass gives more structure, solidifying the soundscape and bridging the gap between drums and all the lighter, lyrical instruments. It seems to bring a stronger air of confidence and develop the more powerful traits of the music’s personality, expanding the spectrum of expression beyond what the guitars can do.

Of course, the nature of the music is progressive to the core, but this is very well mapped out. The odd-times, syncopated moments (there’s plenty of those) and complex grooves all piece together flawlessly and are used to say things. I feel that Plini is a master with simulating real-world cinematics in his music, like for example a syncope sounding like the pace is tripping, or some drum transitions sounding like objects falling over (see intro on ‘I’ll tell you something’). Similarly, clean guitars often have a wind-like breezy texture, further enhanced by the airy keyboard sounds and vocal aahs he may lay in the background to fill in the soundscape further. Keys and piano also play big on some songs, most notably on ‘Last Call’ where we find some beautiful synth melodies and on ‘Ona/1154’ which boosts the jazzy vibes with great use of piano parts. Now as mentioned before, the music has an overall positive sound. I would describe it as carefree and laid back for the most part, and also quite playful. That doesn’t mean, however, that it’s always soft. When he wants to, he really snaps. Some of the riff and drum patterns on ‘Impulse Voices’ almost resemble a breakdown, there’s a good deal of djenty galloping on ‘Pan’ and there were even some flurries of blast beats in there. Every now and then, details may start building over a theme or idea and quite quickly get the soundscape pretty crammed before clearing out again. But the vibes persist through all this and the songs always return to breather moments of peace.

Another aspect of his music that I really love is the alternation between tension and relief due to the clever use of dissonance and clarity. Dissonant chords are most easily heard on ‘Papellilo’ and ‘Ona/1154’. It’s not at all overpowering but just enough to create that satisfying effect when it falls back into a clear chord or melody. This album really showcases all that Plini is about better than any of his previous releases. It’s vibrant, relaxed, weird in all the good ways and sounding very natural all the way through. It even has a 9-minute closer in ‘The Glass Bead Game’ which uses samples of everything that can be heard throughout the album and puts it all together seamlessly. On ‘Pan’ there’s also use of a saxophone, which Plini’s partner in crime, Aaron Marshall from Intervals, also used on his latest record that was released just a couple of weeks back. But I would say Plini did a better job at placing it into the music. When it comes to this sort of refreshing, joyful nerdy guitar music, Aaron and Plini have always been my favourites and I always seemed to prefer Intervals but I feel like this time around, Plini takes the winning cake with what might actually be my favourite instrumental record of 2020. “Impulse Voices” is out this Friday and if you regard yourself as an admirer of prog, you really ought to throw an ear at it! 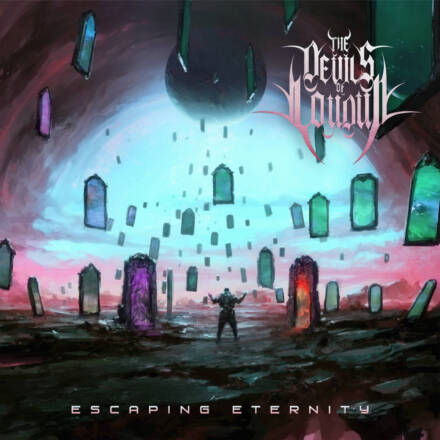 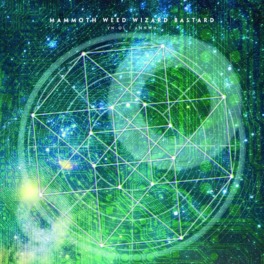 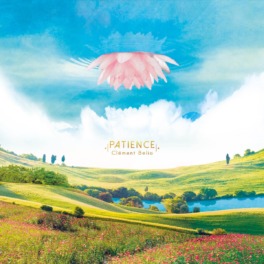 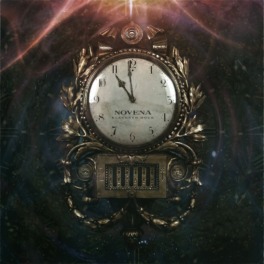