The long-awaited sophomore album from German supergroup ALKALOID has finally arrived. The band is the brainchild of Hannes Grossmann and Florian Magnus “Morean” Maier, and with the goal to take extreme metal beyond its stylistic limitations their debut album “The Malkuth Grimoire” allowed them to establish themselves as a powerhouse of progressive death metal. It certainly helps that the rest of the members in the band are basically metal royalty, with guitar whiz Christian Muenzner, another guitar monster in Danny Tunker and Linus Klausenitzer on bass, who has become the go-to session bassist in metal in the last couple of years. “Liquid Anatomy“ comes three years after the debut and it shows just how much the band and its members have evolved musically.

The album opens with ‘Kernel Panic’, which is in the same vein as the previous album’s opener ‘Carbon Phrases’ and was one of three promotional singles. It’s so proggy, yet punishingly heavy by the time it hits the chorus, with the transition back into the verses being beautifully executed. There’s a certain ’80s-prog-rock vibe to it until it gets brutal. The solos, first by Danny and then Christian, are on point as it is usual from the trio of giant lead guitarists. What follows can only be described as pure brutality with ‘As Decreed by Laws Unwritten’. The riffs are so heavy! The solos! Once again, Christian and Danny throw out their massive bags of tricks. This song is a bit one-dimensional, with practically none of the prog elements from ‘Kernel Panic’, just a smasher with a nice break in the middle. The third song, also a promotional single, is ‘Azagthoth’, a classic example of what ALKALOID can achieve with three guitarists playing different parts, the layering works to create an intricate and interesting soundscape. Here we have Morean’s first guitar solo, with his characteristic eccentricities and over-the-top virtuosity. The song’s middle section is entrancing and its conclusion is frantic and disorienting, then falling back to the groovy chorus.

With the eponymous ‘Liquid Anatomy’ the band goes into unchartered territory with an almost-ballad that outprogs ‘Kernel Panic’ by a lot. It’s an odd song, slow and melodic, and it’s very good. ‘In Turmoil’s Swirling Reaches’ continues the proggy vibe with that intro section that features some tasty bass lines by Linus, a sudden dissonant blink-and-you-miss-it break and some more proggy goodness. The chorus is an absolute massacre, and the middle section right after is excellent, with Linus taking lead with a groovy bass line. This song has killer solos by every single member of the band, starting with Linus and Hannes, then the three guitarists in a shred fest, and then a last solo by Danny. This is my favorite song in the album.

With “The Malkuth Grimoire” the band started telling a sci-fi story, with four songs dedicated to it. In this album, we get the next two chapters from the Dyson Saga, where the sphere that had formed by the end of ‘Sol Omega’ has been travelling quite a while through space. ‘Interstellar Boredom’ starts building up tension right from the beginning, and it certainly transmits the despair and restlessness of the subject. All the tension is released in a flurry of notes and one of the most death metal riffs these guys have written. The next chapter and third promotional single, ‘Chaos Theory and Practice’ is pure relentless death metal. There’s a callback to the Dyson motiff that is done in an interesting way, burying it in a riff and then taking it up front. This song has ALKALOID getting as close to slam metal as they can while still remaining themselves. It’s breakdown after breakdown, but it works. Just the first 2 minutes feel like a complete song and that isn’t even a quarter of the running time. As a gentle reminder that this is still prog, the ending of the song gets them back to good old proggyness. I’d recommend listening to all 6 released parts of the Dyson Saga, just to see how cohesive the composition can feel.

The closing track is ‘Rise of the Cephalopods’, a 19-minute-long song written by the Hannes. I’m in! A very slow-burning introduction with its first of six sections, called ‘Mantle Ghosts’, which is to be expected in such a long song as there’s a lot to build up and expose. The transition to the next section is great, with a beautiful solo by Danny. With ‘The Building of R’lyeh’ the song goes up to 11 on the death metal scale with the best riffing I’ve heard from them. The guitar sound is really polished and almost sterile, which has been the trend for modern prog metal bands. It works within the context of the song, but maybe a fuller kind of tone like the one in the following section would’ve been better. This transition is made by Christian just shredding the shit out of his guitar. With ‘Pangea Proxima’ the band gets into a bit of experimentation and excellent vocal layers. There’s so much quality riffing and drum work in this song it’s hard to keep track, especially in the next section, ‘Metamorphogenesis’, where the band goes back to the brutally heavy riffs. Christian’s solo around minute 13 is amazing, and Danny’s one just a minute after is mind-blowing. The transition afterward isn’t as good as the ones before, as it feels as though the song ended and another one started. ‘Octragon’ is a burst of energy and technicality, and then the final section, ‘Star Spawn’ brings back the prog. It feels a bit forced as well, mainly because the change in dynamic is very drastic, but it’s still excellent. Christian’s solo to close the song, and the album, is another incredible one from him, with exquisite phrasing. The song is a bold try from the band to compose something epic, and it is good and engaging, but it doesn’t feel as cohesive as it could’ve been.

After such an engaging and challenging debut, there is no way but up for ALKALOID and with “Liquid Anatomy” they have pushed themselves beyond the confines of their respective careers in metal, elevating their compositions and songwriting and taking a deeper plunge into the progressive. It’s as though the heaviness, technicality, and virtuosity of their previous bands have met the songwriting and story-telling of bands like Rush and King Crimson. Excellent musicians making excellent music. 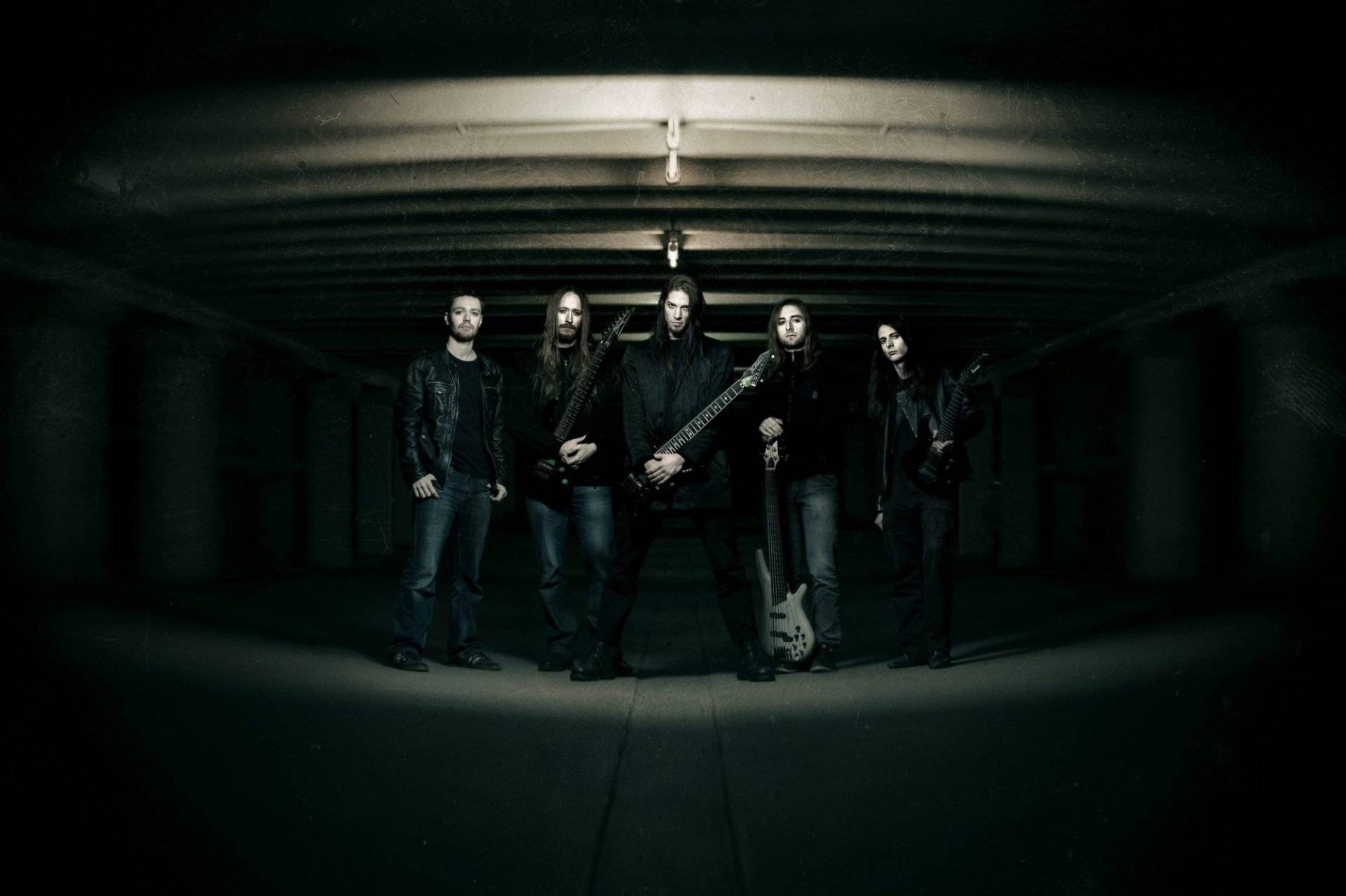